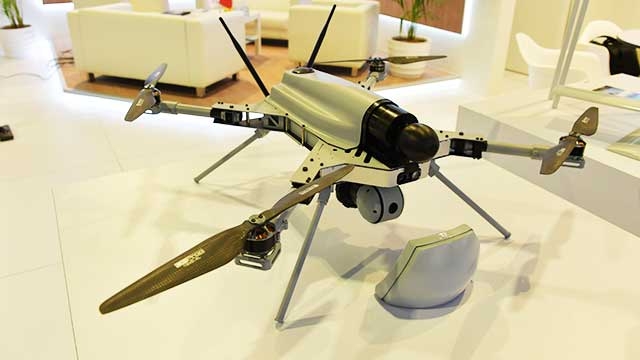 The UAV has generated a bit of controversy in recent times, when the “killer drone” acted on its own without human intervention, “hunted down” and killed a human target in Libya without being instructed to do so.

Following its appearance at the Africa Aerospace and Defense (AAD) show in South Africa on 21-25 September, several African delegates were captivated by the capability of the Turkish-made Kargu quadcopter strike UAV.

Built for asymmetric warfare and counterinsurgencies as an ISR or loitering munition platform, Kargu is relatively new as it only entered service in the Turkish forces four years ago. During AAD, the Turkish company reported visits to its booth by African, Asian, and South American delegates.

The Turkish STM disclosed during the AAD 2022 that it is working with more than 20 countries in the area of technology transfer and business development activities, from South America to the Far East. “As part of its design, construction and modernization activities, STM produces flexible indigenous engineering solutions for the surface and submarine platforms of Turkey – a NATO member with one of the most active navies in the world – and for the navies of friendly and allied nations, addressing specific needs and ensuring more effective mission performance,” the company said.

The UAV has generated a bit of controversy in recent times, when the “killer drone” acted on its own without human intervention, “hunted down” and killed a human target in Libya without being instructed to do so.

In the incident, a KARGU-2 quadcopter drone manufactured by autonomously attacked Libyan National Army (LNA) personnel during a conflict.

Ozgur Guleruz, general manager of the Turkish company STM, spoke to reporters in the Azerbaijani capital Baku. He said that the company he manages is currently being asked by 20 countries to buy KARGU Rotary Wing Strike UAVs.

“Negotiations for the sale of KARGU continue with more than 20 countries. This is very likely to happen. Today, every military environment shows that the need for UAVs will increase,” Guleruz told reporters, adding that the company is currently developing different versions of the drone. “We have integrated the RF search engine developed by STM into KARGU. We are working on KARGU armour munitions, we expect them to be completed very soon and we will start testing.”

The Kargu is already used effectively by the Turkish Armed Forces in the field.