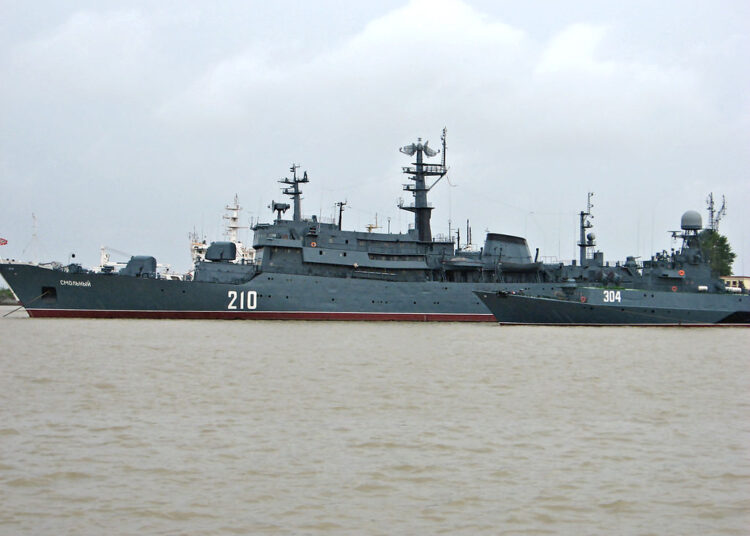 Russia and Algeria launched a joint military exercise in the Mediterranean Sea, the Algerian Defense Ministry said earlier this week. A group of Russian warships arrived in the North African nation on Tuesday for the four-day drills.

A flotilla of warships belonging to the Russian fleet docked in the port of Algiers on Tuesday to conduct the 2022 joint naval exercise, the ministry said in a written statement. The exercise was carried out to strengthen military cooperation between the Algerian and Russian navies, it added. During the visit of the Russian ships, “various cultural and sporting activities will be planned for the benefit of the crews”, adds the ministry.

A Russian navy minesweeper docked in the port of Jijel on the eastern Mediterranean coast in September to conduct joint exercises with the Algerian navy. While in mid-July, the Black Sea Fleet reconnaissance ship Kildin and the small sea tanker Vice-Admiral Paromov entered the port of Algiers on a three-day visit, Russian outlets reported.

Russian Foreign Ministry spokeswoman Maria Zakharova said in September that an upcoming Russian-Algerian anti-terrorist exercises in November are routine and are not directed against a third party. The exercise will work out the search, detection and destruction of illegal armed groups. About 80 servicemen from each side are planned to be engaged in the exercise.

Algeria is considered one of Russia’s most important military allies on the African continent and also one of the largest customers of Russian weapons in the region. Over the last few years, Algeria has signed large arms deal with Russia for the supply of various types of armaments and equipment, especially air and ground weaponry.

For instance in late 2018, the government of Russia and Algeria floated the possibility of creating a joint venture in Algeria for the production, extension of service life and disposal of guided and unguided ammunition, said the head of the Federation Council Committee on Defense and Security Viktor Bondarev.

The agreement led to a signing to acquire four Project 22160-class patrol ships worth a total value of $ 180 million. The agreement signed on May 14 2018, reveals that Algeria will receive the first unit from Russia in September 2018 while the rest would be delivered in the coming years.

These flurry of military exercise and cooperations with Russia comes at a time when Russian is in the eye of a diplomatic storm following its invasion and annexation of several parts of Ukraine. The sustained cooperation between the two states may lead to political pressure by the United States and Europe on Algeria, against the backdrop of large-scale sanctions imposed by Western countries against Russia.

Algeria along with Morocco and Egypt, is reported to be one of Russia’s top three trading partners on the African continent. Algeria did not join the restrictive measures against Moscow and maintains a neutral position.