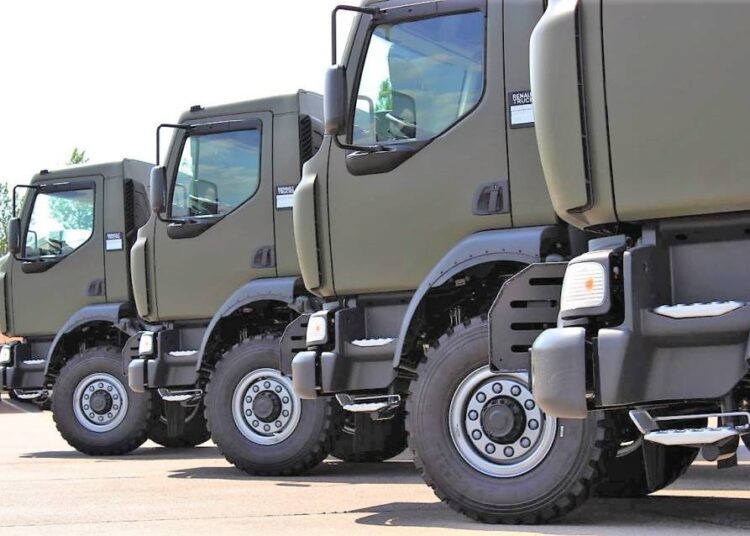 The EU has started to deliver more than 90 off-road trucks to the Armed Forces of Ukraine under the European Peace Facility. The trucks will support the medical, engineering and logistic units of the Ukrainian Armed Forces. The logistical equipment is part of a broader Assistance Measure worth EUR 31 million adopted on 2 December to support Ukraine.

The Egyptian Ministry of State for Military Production and French Renault have been discussing the possibility of co-production of military vehicles in Egypt, as well as future cooperation in other areas.

The minister said the meeting reflected the depth of relations between the two countries, adding that the two sides expounded the manufacturing, technical and technological capabilities of the ministry as well as the French company’s potential in producing military vehicles at Hulwan Company for Workshop Tools (Factory 999).

He added that co-operation between Egypt and France is deeply-rooted, citing the military and civilian deals that have been signed between the two sides in recent years. France has provided Egypt with a wide range of military hardware, including Rafale fighters, Gowind corvettes and Mistral landing helicopter docks (LHDs).

Egypt’s military has used Renault vehicles for a number of years, including Sherpa armoured personnel carriers, and Kerax 6×4 trucks. Over 1 500 Arquus (Renault Trucks Defence) vehicles are used by the Egyptian military, which has also developed a local version of the Sherpa 4×4 vehicle.