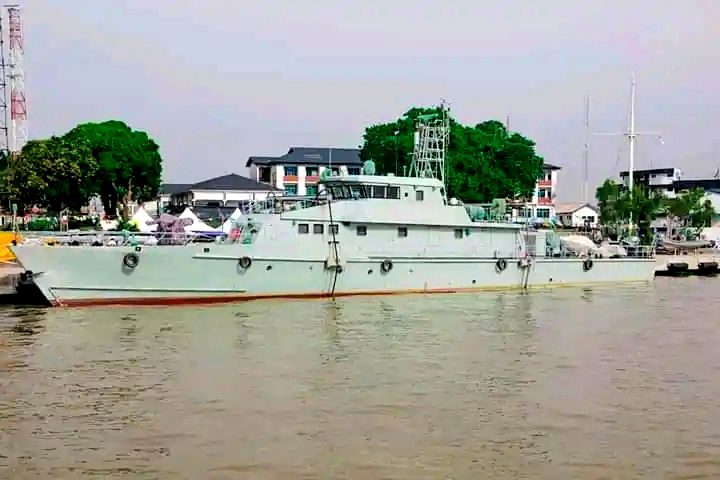 The Peoples Republic of China has delivered a 46meters patrol boats and other military equipment to the Nigerian Navy.

Receiving the equipment, the Minister of Defence, retired Major General Bashir Magashi, said the gesture was a consolidation of the bilateral defence agreement between the two countries.

Magashi, represented by the Permanent Secretary, Ministry of Defence, Ibrahim Kana, said current efforts of the Federal Government towards supporting the military to combat insecurity in the country had been yielding tremendous success.

He observed that with the support and donation of equipment from strategic partners like China, the capability of the Nigerian Armed Forces would be further enhanced.

Chief Of Naval Staff, Vice Admiral Awaal Gambo, explained that the donation of the 46metres patrol vessel to the Nigerian Navy marked another milestone in the bilateral collaboration between the two countries.

He noted that the partnership would ensure a safe and secure maritime environment for socio-economic activities to thrive.

The new 46m patrol vessel appears to be of the same class with another 38m patrol boat NNS Sagbama also donated to Nigeria by China in 2015.

Since 2015, both countries have taken a step further in military exchange programme, with the successful completion of a four-month training programme for men of the Nigerian Navy in the same year.

A team of Chinese naval personnel were on the NNS Sagbama, where they trained Nigerian Navy personnel on its maintenance.