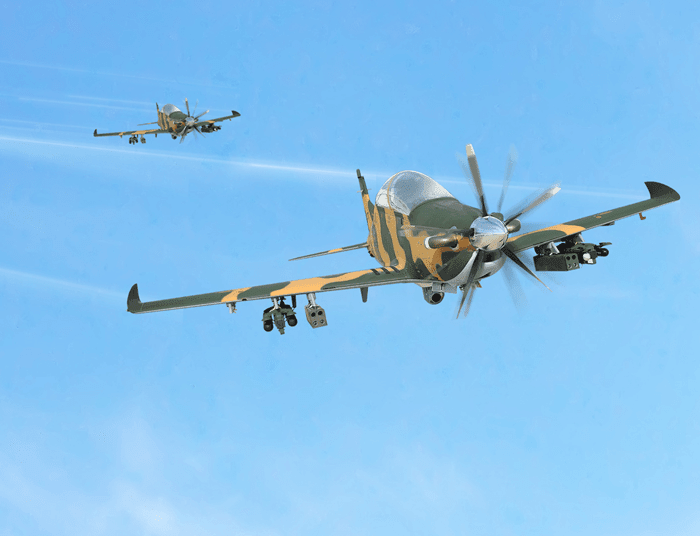 Turkish Aerospace (TUSAŞ) will complete the delivery of two Hürkuş light combat aircraft to Niger by the end of the year and three to Chad in the first quarter of 2023.

The announcement was made at the African Aviation and Defense Fair AAD 2022 in Pretoria, the capital of South Africa, and started with the participation of Turkish defence industry companies. TUSAŞ exhibits models of the products it has developed for aircraft, helicopters, unmanned aerial vehicles and satellite platforms.

Making statements regarding the company’s activities in Africa, TUSAŞ Aircraft Deputy General Manager Atilla Doğan said that they have contracts for 2 aircraft with Niger and for 3 aircraft with Chad. Stating that they are working on the delivery of the planes, Doğan said, “We will deliver the Niger planes at the end of this year, and the Chad planes in the first quarter of next year.”

Temel Kotil, CEO of TAI, during an interview with CNN Türk said the Hurkus would be used in its training role and noted that it would also provide the Chadian military with a light attack capability. “This aircraft is used for training and war preparation. Some of the same training we perform with the F-16 is also possible. Additionally, we can equip it with missiles,” Kotil said. The first batch of Nigerien pilots is currently being trained.

Earlier this year, Libya ordered an unspecified number of Hürkuş-C basic trainer/light attack aircraft, the deal was signed on May 19 between LAF Chief of Staff Major General Mohammed Al-Sifaw Quilt and Turkish Aerospace Industries (TAI) officials. No details were given on an expected delivery schedule.

The Hurkus-C is an armed variant that can be used for close-air support missions. It is fitted with a forward-looking infrared sensor and has a maximum weapons load of 3,300 pounds. It’s able to take off and land on unprepared runways.

The aircraft is well suited for low-intensity conflict theatres where anti-air warfare threats are negligible. The armed version of the aircraft can carry eight Cirit missiles, two 12.7mm machine guns, and Roketsan’s long-range air-to-surface anti-tank UMTAS missile. Efforts are underway to enable Hürkuş to utilize the precision and winged guidance kits developed by TÜBTAK/SAGE, as well as the laser-guided missile Mızrak from Roketsan.