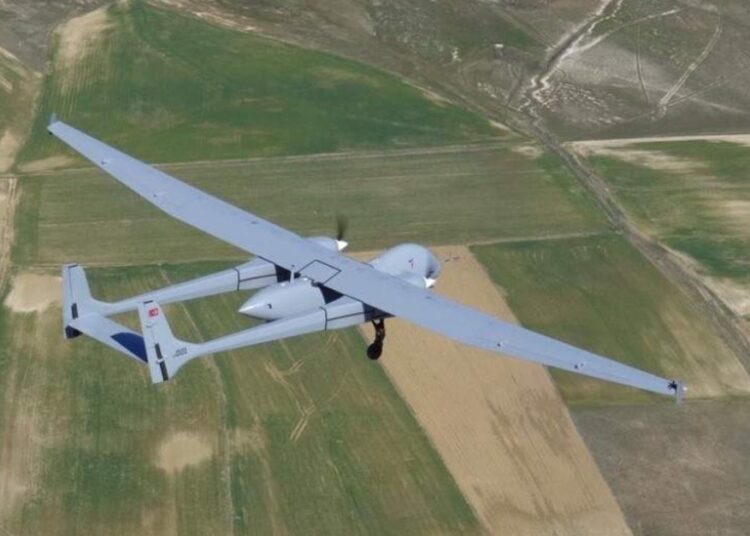 Algeria will become the first export customer to use Aksungur unmanned aerial vehicle (UAV) in North Africa after it ordered six of the drones from Turkey.

Designed by Turkish Aerospace International (TAI), Aksungur is a medium altitude, long-endurance (MALE) UAV with a high payload capacity, which makes it an ideal platform for ISR and attack operations. The Aksungur UAV is a variant of TAI’s Anka UAV. The fixed-wing unmanned aircraft features a twin-boom configuration. It has a length of 12.5m, a height of 3.1m and a wingspan of 24.2m.

Algeria has been steadily improving its drone capacity and has acquired a plethora of MALE drones from several countries, particularly from China. Algeria operates Rainbow CH-3, CH-4B, CH-5, and Wing Loong II, as well as several other indigenous UAV types.

In 2018, the Algerian Ministry of National Defence (MDN) displayed two Chinese-made CASC CH-4 and CH-3 UAVs in a hangar. The acquisition of this type of Unmanned Combat Aerial Vehicle (UCAV) makes Algeria one of the few African countries to deploy armed drones in combat, behind Nigeria and Egypt.

In 2019, the Ministry of National Defence (MDN) said in a statement on 30 April said that Algeria’s new El Djazair 54 and El Djazair 55 UCAV have conducted several airstrikes against militants in the country.

Earlier this year, a Chinese-made ASN-209 surveillance drone crashed on Monday, September 12, 2022, in a field in M’sila, Algeria. The ASN-209 drone crashed in a village in the wilaya of M’Sila located 233 km southeast of Algiers.