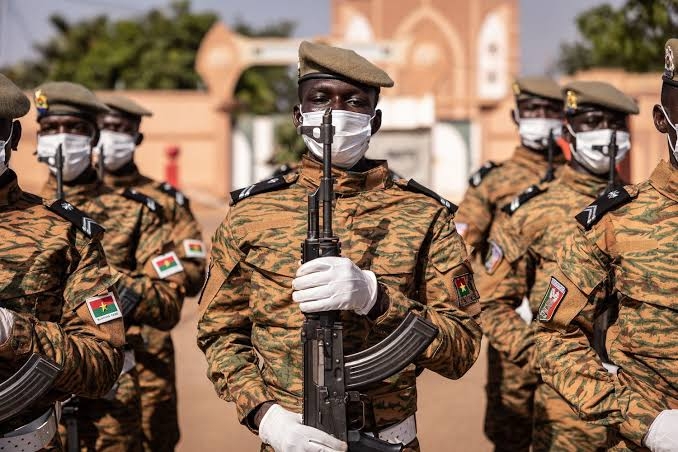 The government of Burkina Faso this week launched a drive to recruit 50,000 civilian defense volunteers to help the army fight jihadists, announcing on Wednesday that its top priority would be to secure the nation’s territory, after the latest coup to rock the jihadist-torn Sahel state.

“It’s a government on a war footing that has been formed. It’s not a gala dinners government,” Tembela said in the capital Ouagadougou.

“The main and priority objective is securing the territory,” Tembela said.

“The second will be to do what is needed to improve the quality of life for the Burkina people,” he said.

The third aim will be to “improve the system of governance”, he added.

“Every Burkinabe who calls himself a patriot can contribute,” the prime minister said.

Newly designated minister of territorial administration, and commander of the Brigade of Vigilance and Patriotic Defense (BVDP), Colonel Boukaré Zoungrana announced that more civilians would be enlisted to push back the armed groups. “Recruitment has been launched for 35,000 volunteers for the defence of the nation” from different districts, he said. Their mission “will be to protect the population and belongings of their districts alongside the security forces,” he added.

“The mission of these communal VDPs is to protect, alongside the defense and security forces, the people and property of their communes of origin”, in the face of jihadist attacks, he said.

Burkina Faso is one of the world’s poorest, and has been battling a deadly jihadist insurgency since 2015 which has resulted in many killed, especially in the north and east of the country. The West African country has been rocked by two coups since the start of the year, with each new leader accusing the previous of having failed to quell the violence. So far, Jihadists control around 40 percent of Burkino Faso’s territory.

In the latest assault on Monday, at least 10 Burkina Faso soldiers were killed in the northern city of Djibo.

The authorities on Monday had already announced it would build a force of 15,000 other volunteers “who could be deployed across the whole of the national territory.”

This local recruitment is in addition to the one on Monday when the BVDP announced its intention to build a force of 15,000 VDPs “that can be deployed throughout the national territory. These “volunteers for the defence of the nation” have legally existed since January 21, 2020.

The VDP is defined as “a person of Burkinabe nationality, auxiliary to the Defense and Security Forces (FDS), voluntarily serving the security interests of his village or sector of residence. VDPs receive 14 days of civic and military training before being armed and provided with means of communication. Recruits usually receive training for a fortnight before being handed weapons and means of communication.

Beyond the civilian volunteers, the military is also looking to hire 3,000 more soldiers to boost its ranks. The country has been acquiring a number of military equipment to reinforced its military’s counter-insurgency capacity.

In 2019, the United States government donated military transport and communications equipment to Burkina Faso, to be used by the Burkinabe G5 Sahel battalion.

The donation which include at least four 4×4 trucks and two communication vehicle was handed over by the U.S. Embassy in Burkina Faso on Tuesday, 30 December.