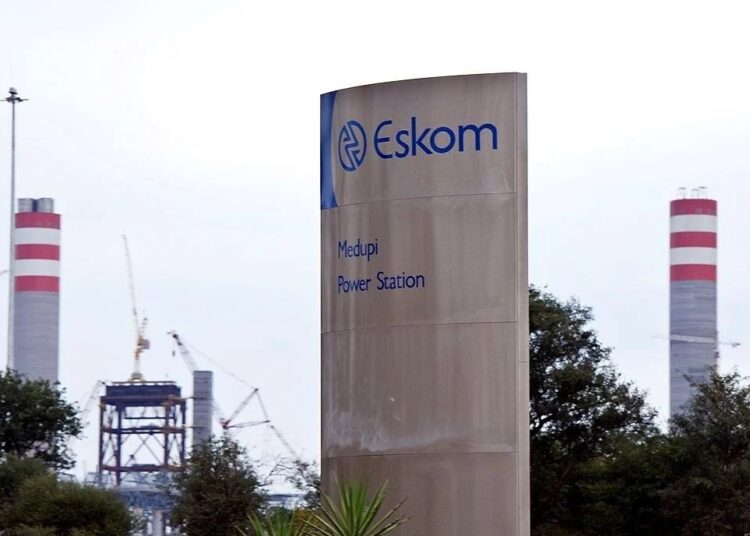 It was former president Jacob Zuma who once said that “I wondered, having not been here, am I telling the truth? Now I am going to tell people there will never be any load shedding, I have been here, I have seen it.” At the current moment, South Africa’s energy giant Eskom is an inconvenience to citizens and their daily lives. Since 2008 the country has been experiencing the infamous power cuts, also known as load-shedding. This week the country has been abruptly moving between stages 4 and 6 leading to blackouts most of the day.  In a 2020 report for the Global Warming Policy Foundation, Ioannis Kessides shows that “… in 2007, Eskom’s reserve margin had declined to the dangerously low level of around 5% and many of its power plants were reaching the end of their design lives.” Electricity reserves have been dropping while demand has been increasing, coupled with the country’s need to redress apartheid spatial injustices. In a bid to redress apartheid exclusion of the majority of citizens from the power grid, the main priority of government policy was to electrify largely Black households while making the cost of electricity affordable. While electricity is already expensive, research shows that Eskom has been charging below market prices, and this presents another challenge on access versus affordability.

In its 2021 Integrated Report, Eskom admits that old infrastructure poses a risk in energy distribution. The report also acknowledges that electricity theft, meter tampering, billing errors, and illegal connections as non-technical causes of energy losses amounted to R2 319 million, which is an increase of R342 000 from the previous year. Not to mention skyrocketing (corporate) mismanagement and corruption—which has been embedded across State (owned) institutions—while costing billions of Rands in bailouts, which eventually go down the drain through irregular and fruitless expenditure.

These issues have contributed to consistent load-shedding, which Eskom defines as “switching off a network to protect infrastructure once there is a surge in electricity demand beyond the specific network’s designed capacity.” Loadshedding prevents the electricity infrastructure from further breaking down when it is constrained. Regrettably, it has cost the country not only billions of Rands but lives and livelihoods. An Eskom commissioned a study by Nova Economics found that a day of load shedding costs the following in economic terms: Stage 1 (R235.5 million); Stage 2 (R471.3 million); Stage 3 (R706.7 million); Stage 4 (R942.4 million).

Eskom is a key component of SA’s national security for strategic reasons and that is why it is regarded as a national key point.  Framing security conversations solely around State or national security is no longer adequate since the human element is usually given little attention. Human security has become a key focal point to understand varied factors that endanger human lives and development. National/State security focuses on the State while human security focuses on the individual and their surrounding community. Of course, State/national security and human security are not opposites but interlinked by having different priorities for the common goal of overall stability and protection. In its 2003 ground-breaking report, Human Security Now, the United Nations Commission on Human Security notes that human rights, development, and security are interlinked in a dynamic world. According to the Commission: “Human security naturally connects several kinds of freedom—such as freedom from want and freedom from fear…” It is a dynamic concept that cannot be boxed but “it fits well with human development and human rights…” Loadshedding deprives citizens of the “freedom from want” and be able to reduce poverty while hampering sustainable development. While human security issues are broad, they can be grouped under environmental security, health security, food security, economic security, community security, personal security, and so forth.

Despite little attention given to energy security as a component of human security, Sylvia Karlsson-Vinkhuyzen and Nigel Jollands highlight that “the ability to harness energy for human use has been a vital element of human security for millennia.” Aspects of human security are interlinked with energy security. Lack of energy—electricity in this case—makes people’s lives miserable since they cannot go about their daily lives. Energy is needed for cooking, lights, and heating. Modern life thrives on electricity consumption for most things. In the midst of the Covid-19 pandemic, students are taking online classes and/or exams, studying, and sometimes using digital files but that is nearly impossible with consistent load-shedding. This significantly affects the state of education which is already dogged by high inequalities. As the UN Commission notes, “Educational deprivations are particularly serious for human security.” The current digital economy also thrives on electricity consumption and fast and reliable internet connection. Loadshedding is affecting both electricity supply and network signals on a concerning scale. This means that during load-shedding, internet connection is minimal or non-existent, especially in rural areas. Remote working, online learning, the digital economy, and overall productivity continue to be negatively affected.

Food insecurity is also worsening since the agricultural sector is energy-intensive. An Agri SA press release highlights that load-shedding increases production costs for farmers since equipment and systems may not be functional during outages. Decreased production on the supply side of the economy increases prices due to higher demand and increasing production costs, leading to inflation. Economic downturns, rising food prices, and the increasing cost of living which diminishes purchasing power, coupled with the economic stagnation due to the Covid-19 pandemic burden an already broken economy.

Things could be more deadly for patients in healthcare facilities due to the severity and long periods of load shedding since backup power might not be enough, not to mention the costs of maintaining generators, especially in public clinics. A Cape Town-based study published in 2018 revealed that there is a 10% increase in pediatric admissions during load shedding or when it happens two days before. The study notes that “failures of the power infrastructure increase risk to children’s health.” The UN Commission further notes that “Health security is at the vital core of human security.” Without these protections, human life becomes miserable and unliveable since development is prevented. Development and security have important links since they safeguard each other. Development ensures progress while security ensures continuity and sustainability. While the view that security is an absence of conflict is true, development can appease people by making their lives easier while they live in harmony, leading to the stability of national security.