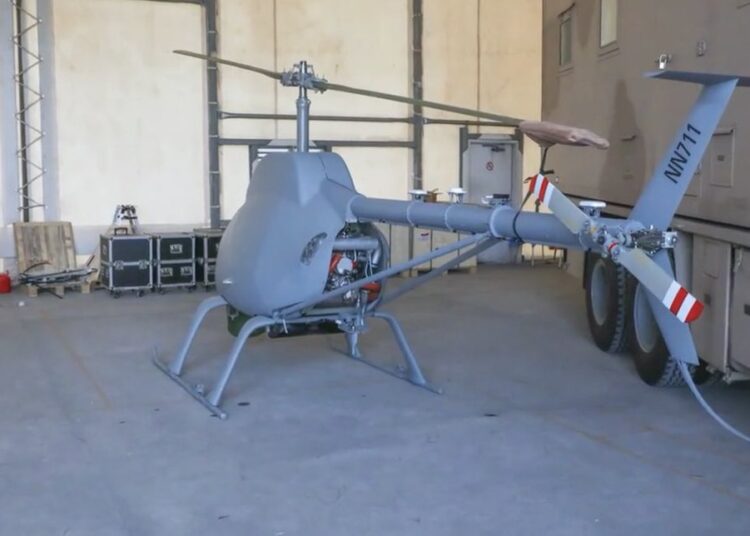 The Nigerian Navy has taken delivery of at least four AR-500 carrier-based drones from China’s Aviation Industry Corporation of China (AVIC). The AVIC AR-500B and AR-500C UAVs first flew in November 2020 at the Poyang test flight base.

The new drones will carry out tactical intelligence, wide-area surveillance and identification tasks on the sea, as well as target acquisition, precision strikes, and maritime relay communication as their core tasks. They will be deployed aboard the Nigerian Navy vessels most likely the Chinese-made P-18 offshore patrol craft, and the hydrographic survey vessel NNS Lana.

Designed and built independently by the China Helicopter Design and Research Institute, the AR-500B’s maximum take-off weight is 500 kg, the quoted mission load weight is 70 kg, and the maximum endurance time is 4 hours, while the operating radius is 100 km. The drone’s maximum endurance speed is 140 km/h, and the cruising speed is 120 Kilometers per hour, the practical ceiling is 4000 meters.

The AR-500B is optimised to address the challenges of shipboard operations and features electronic hardening to mitigate electromagnetic interference produced by shipboard equipment, as well as extensive anti-corrosion treatment for critical components. It is also equipped with an automatic landing and take-off capability.

Nigeria continues to reinforce its drone holding, with this recent Chinese acquisition highlighting the growing reliance of technologies from Beijing. In 2020, the West African country procured UCAVs which includes two Wing Loong II, four CH-4Bs, and two CH-3Bs from China.