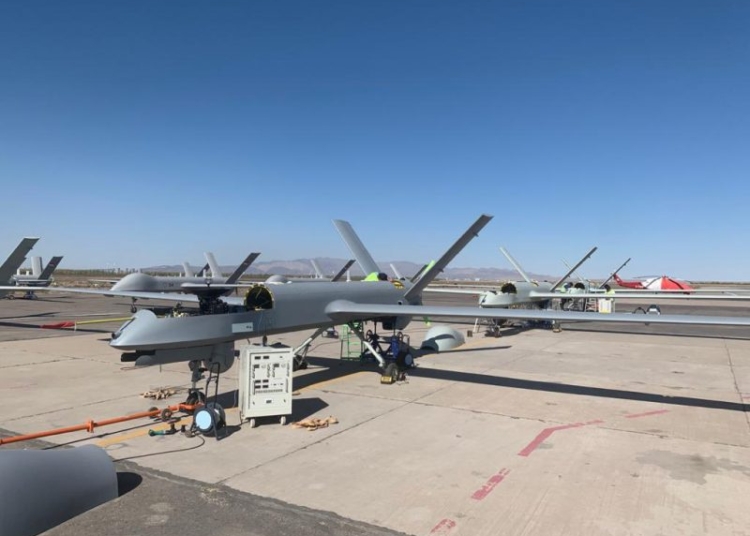 The Nigerian Air Force has revealed its new combat UAV haul procured from China to take its drone warfare capacity to the next level.

This was first revealed in October by Nigeria’s Chief of Air Staff Air Marshal Sadique Abubakar during an operational visit to the Headquarters of the Air component of Operation Hadarin Daji in Kastina state.

Four CH-4s are reported to have arrived the country, with two of the Ch-4 UCAVs deployed to the newly formed 203 Combat Reconnaissance Group in Gombe state, and the other two will support the Air Task Force, under the ongoing Operations Lafiya Dole in Maiduguri.

“Nigeria has joined China and UAE as the only countries operating the Wing Loong II Unmanned Combat Aerial Vehicle. The 2x Wing Loong II, which can remain airborne for 31hrs in ISR mode & 26hrs in offensive role, will add significant value to COIN & anti-banditry operations.

In the last 5 years, 22 brand new aircraft have been acquired and 19 more are expected before mid 2021. Six other UCAVs are also expected by early 2021.” Air Commodore Ibikunle said.

He also commended the President Muhammed Buhari for the priority attention given to the NAF to ensure a more secured Nation.

Apparently, close to 200 [Nigerian Air Force] pilots, engineers and technicians are undergoing training in nine different countries as part of efforts to bridge decades of gaps in capability and capacity that have made Nigeria vulnerable to asymmetrical threats, he continued.

These additional new air assets and skills acquired by personnel will greatly enhance the Nigerian Air Force’s operational effectiveness which will translate into security for Nigeria and Nigerians.

The CH-4 is a medium altitude long endurance UAV, designed by the China Aerospace Science and Technology. The type can conduct both ISR missions and strike using it’s panoply of air-to-surface guided munitions.

On the CH-3, Nigerian Air Force was first reported to operate the CH-3A combat drone in 2015 when one crashed in Borno state during a counter terror mission, hence, the two new CH-3Bs are likely attrition replacement. They’ll be likely armed with the AR-1 air-to-surface missile.

Besides the CH-4 and CH-3, the new Wing Loong II unmanned combat aerial vehicle will provide unmatched and superior capability to the Nigerian Air Force.

The combat drone is an extensively upgraded version of the basic Wing Loong first unveiled at the Beijing Aviation Expo held in September 2015.

The Wing Loong II can undertake several combat operations and can also be used for civil tasks such as disaster assessment, meteorological operations, and environmental protection.

It can be fitted with a variety of weapons under its six hardpoints, the Wing Loong II has a maximum take-off weight of 1,100kg and can carry loads of 200kg on external stores.

For ISR, an electro-optical payload pod is mounted under the forward section of the fuselage, the Chinese made EO payload is integrated with day light and infrared cameras and sensors to collect surveillance and targeting data in both day and low-light and night conditions.