The proposed sale will improve Morocco’s capability to meet current and future threats by providing timely Intelligence, Surveillance, and Reconnaissance (ISR) and target acquisition for its security and defense. 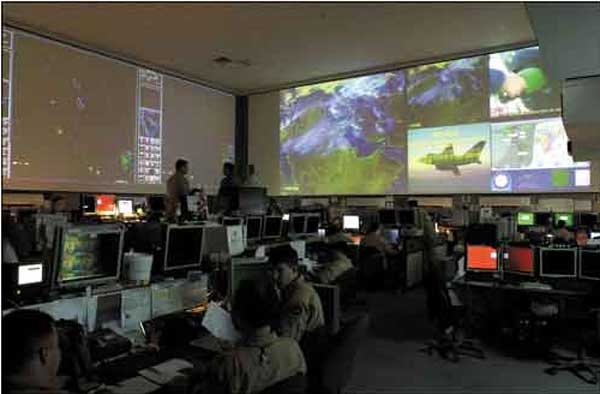 Today’s challenges in the battefield requires the ability to understand and respond to situations faster than our adversaries. Therefore, timely and effective mission planning is essential to shape the battle of the future. Modern military operations require the ability to access and share multi-domain intelligence.

The United States Governement has approved the potential sale of $141 million of Ground Command and Control systems and related equipment to Morocco, the Defense Security Cooperation Agency (DSCA) announced on Thursday.

support and test equipment; publications and technical documentation; personnel training and training equipment; U.S. Government and contractor engineering; technical and logistics support services; and other related elements of logistical and program support. The estimated total cost is $141.1 million. This proposed sale will support the foreign policy and national security of the United States by helping to improve the security of a Major Non-NATO Ally that continues to be an important force for political stability and economic progress in North Africa.

The United States has assigned General Atomic Aeronautical Systems Inc., Lockheed Martin Inc., Raytheon Inc., and Leonardo SpA from Italy to be the principal contractors in the deal, the release added.

“The proposed sale will improve Morocco’s capability to meet current and future threats by providing timely Intelligence, Surveillance, and Reconnaissance (ISR) and target acquisition for its security and defense. The capability is a deterrent to regional threats and strengthens its self-defense. Morocco has demonstrated a commitment to modernizing its military and will have no difficulty absorbing these articles into its armed forces.” says the DCSA.