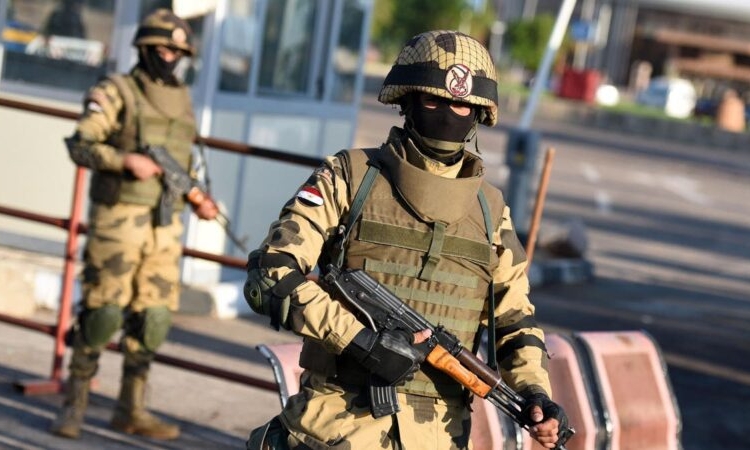 The United States Government is canceling $130 million in military aid to Egypt over human rights concerns, after approving a massive $2.5 billion arms sale to the country few days ago

The State Department said in late January that Egypt had not met the conditions to receive the $130 million in foreign military financing that has been on hold since September. It said the money would be shifted to other programs.

Cairo has failed to comply with human rights conditions laid out by the State Department, and a deadline of 30 January was not met.

Although the exact details of the conditions have not been disclosed, however, a State Department report from March further outlined several Egyptian human rights issues including unlawful or arbitrary killings, extrajudicial killings, forced disappearances, torture, arbitrary detention, political imprisonment, serious restrictions on free expression, the press, and the internet, interference with the rights of peaceful assembly and freedom of association, violence minorities and forced or compulsory child labor.

The decision is more or less a mild rebuttal for Cairo as the United States continues to grant around $1.3 billion in military aid every year and Egypt will still receive $170 million in aid out of the original $300 million the US planned to send at the beginning of the year.

The blocked $130 million is just a fraction of an estimated $1.3 billion in aid the United States generally gives Egypt each year, the State Department stated that $130 million is the maximum it can withhold for this fiscal year.

U.S. officials have said the military aid and the arms sale are unrelated. They say Egypt will shoulder the cost of the $2.2 billion purchase of the 12 Super Hercules C-130 transport aircraft and air defense radar systems worth an estimated $355 million.

The State Department officials described military sales as unrelated to the financial assistance that the United States provides Egypt annually. They also said the military equipment most recently sold to Cairo would further American security interests; the jets, in particular, would replace older planes Egypt had used to distribute humanitarian aid and coronavirus relief supplies.

“Our relationship with Egypt is multifaceted, and Egypt is a valuable partner across many fronts,” said Ned Price, the State Department spokesman. “The United States remains committed to engaging with Egypt on human rights issues.”

Egypt is a major United States ally in negotiating peace between Israel and Hamas, and providing stability in the Gaza Strip.