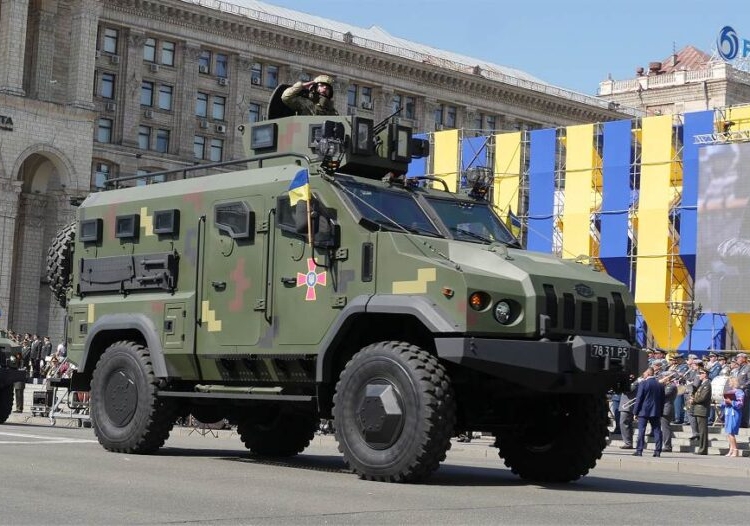 Morocco is seeking to enter an agreement with Ukraine to acquire the Varta 4×4 Mine Resistant Ambush-Protected (MRAP) vehicles.

Manufactured by the company Ukrainian Armor, the VARTA is a 4×4 MRAP fully designed and developed in Ukraine.

Morocco has been making moves in recent years to modernize its military equipment, to better contend with Algeria its neighbor and long-time arch-rival. Rabat’s whose main weapons sources are France and the United States, which recently added Israel after normalization of relations is diversifying its suppliers.

It so happens that in December 2020, a delegation from the Royal Moroccan Armed Forces visited the factory of Ukrainian Armor, and a combat capabilities demonstration of MRAP Varta and SAV Novator armored vehicles, 60 mm, 82 mm, and 120 mm mortar and ammunition, as well as the ZU-23 AD 23mm air defense system were carried out.

The Varta 4×4 features is conventional with the engine at the front, crew in the middle, and troops compartment at the rear. It has a crew of two including driver and commander and can accommodate eight infantrymen. The vehicle has a gross vehicle weight (GVW) of 17,500 kg with a maximum payload of 3,000 kg.

The standard VARTA in APC (Armored Personnel Carrier) configuration is fitted with a one-man open-top turret mounted on at the front of the roof which can be armed with one 7.62mm PK machine gun or 12.7mm NSV heavy machine gun.