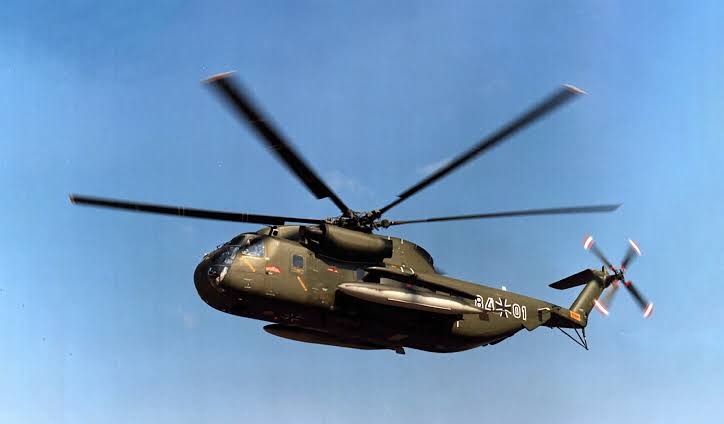 The German Air Force (Luftwaffe) will later this year send five of its CH-53G Super Stallion heavy-lift helicopters and an additional 120 personnel to Gao, Mali to support the United Nations mission (MINUSMA).

The deployment is currently being coordinated by an Assessment and Advisory Team of the UN, and and the CH-53G helicopters will be drawn from the German Air Force Helicopter Wing 64 (Hubschraubergeschwader 64), which flies CH-53G and H145M rotorcraft, with the deployment commencing from mid-2022.

In 2019, NATO Support and Procurement Agency (NSPA) awarded a contract to Sikorsky to provide spare parts for Germany’s CH-53G fleet’s service life, which is expected to run into the 2030s.

To prepare for its future airlift capability – the Luftwaffe’s future Schwerer Transporthubschrauber (Heavy Transport Helicopter, STH), Germany is seeking a replacement for the Super Stallion fleet before their service life of which ends in 2030.

The two teams competing for the contract, Sikorsky team offering the CH-53K, while Boeing is offering the H-47 heavy duty helicopter.

This is not the first time Germany is providing airlift capability to the UN mission in Mali (Minusma), NH90 transport and Tiger attack helicopters have been earlier deployed.

About 1,300 Germany military personnel are deployed with the European Union Training Mission and Minusma in Mali, part of which is an A400 strategic airlifter deployed to further improve on logistics.

Since 2013, the Federal Republic of Germany has provided a total of nearly $31.6 million in financial support to MINUSMA, and in March 2017, Berlin deployed four combat and four transport helicopters and up to 350 additional soldiers to Mali.

Germany has been involved in the MINUSMA mission from the outset is the fourth-largest contributor and with personnel on the ground.

In July 2019, Germany has donated 29 Casspir armoured personnel carriers and other equipment including 4,100 bullet-resistant vests, 4,300 combat boots and 2,700 ballistic helmets to Mali.

In late 2019, Germany’s troop deployment to Mali was extended until 2021 under a mandate approved by the Bundestag. This development comes at a time when France indicated its intention to withdraw its troops deployment in West Africa. The troops drawdown will make France focus on its Special Operations Task Force “Takuba” commitments.