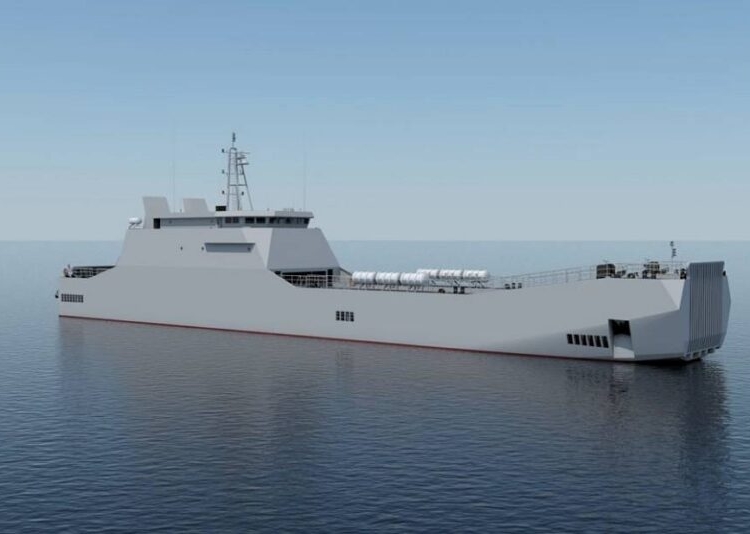 Designed to conduct amphibious operations, transport combat vehicles and troops. The first landing ship is planned to be delivered in the summer of 2023, and the second ship in 2025.

CMN announced In 2016, that it received a contract to build 20 ships for an African country.

The new CMN landing ship will be powered by two engines driving two shafts and will be able to reach a maximum speed of 16 knots (30 km/h). The ship will have a crew of 18 sailors.

The new CMN landing ship will have a length of 70 m and a width of 10.6 m. The hull of the ship and its superstructures are made of steel. Watertight bulkheads ensure survivability in the event of damage. The ship will be able to carry up to 200 tons of military equipment, troops, and combat vehicles.

The CMN landing ship will be able to transport up to 260 soldiers and has also a 5.25m small ship with a dedicated crane that can be used to perform landing operations.