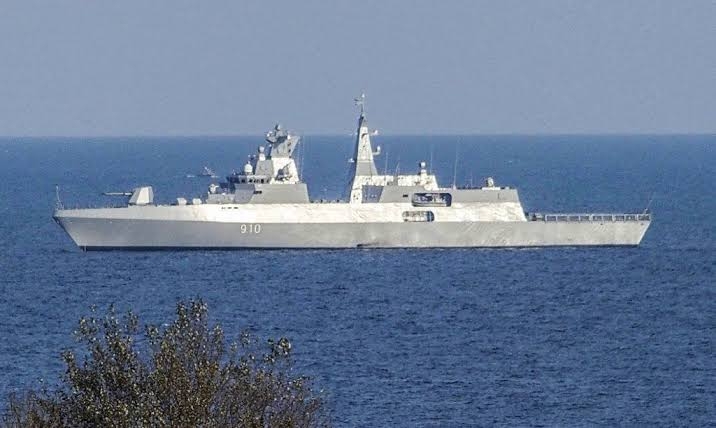 The arms disclosed in the letter include the delivery of three MEKO A-200 EN frigates to Egypt from Kiel-based Thyssenkrupp Marine Systems, along with 16 air defence systems from Diehl Defense, which is located in the southwestern German state of Baden-Württemberg.

The arms sales agreements were approved by the Federal Security Council, which includes not only the chancellor but also several ministers, such as the minister of finance. The Finance Minister under the previous Merkel-led government was Scholz, meaning Germany’s new chancellor was aware of the agreements.

The first Batch of the IRIS-T SLM medium-range air defence system has been delivered to Egypt a few months ago. Egypt signed a contract to purchase seven batteries of the IRIS-T SLM and an additional ten IRIS-T SLX Long-range GBAD system batteries were received.

In 2019, Germany’s Bundestag’s Budget Committee gave its approval for an export credit guarantee for six A-200 vessels, thereby clearing a path for the frigate deal to go ahead.

Besides this new agreement, the Egyptian Navy is expecting the delivery of four Meko A200 frigates from TKMS valued at 2 billion Euros, one of which will be built in Egypt. TKMS has also delivered four Type 209/1400mod submarines to the Egyptian Navy.

In September 2018 the frigate deal was reportedly signed, but the deal only mentioned a possible order for just two MEKO A-200 frigates for a total of 1 billion Euros.

The A200 frigate will be armed with French-made MBDA VL-MICA after South Africa’s Denel Dynamics’ failure to complete its own part of the deal to supply dozens of Umkhonto surface-to-air missiles to Egypt,

Germany earlier sold the nine Lurssen patrol boats under a 130 million euro deal to Egypt after the contract with the original customer, Saudi Arabia, failed to materialize.

The boats were initially intended for Saudi Arabia but the deal was cancelled following an arms embargo placed by Germany in November 2018, due to Saudi’s involvement in Yemen and the Jamal Khashoggi affair.