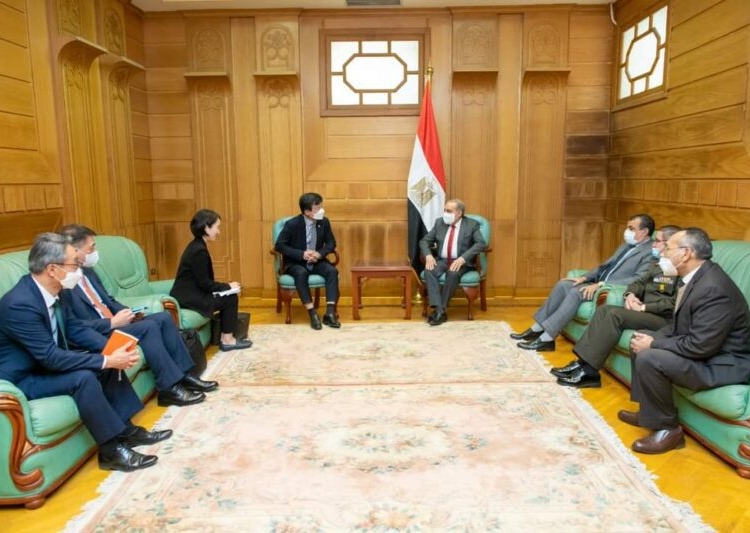 The K9 self-propelled Howitzer final agreement is expected to be signed soon, as this has already been announced by Egypt’s Ministry of Military Production a few weeks ago.

Hanwha Defense showcased a special variant of the K9 155mm howitzer at the recently concluded EDEX 2021 dubbed the ‘K9EGY’ with a desert scheme.

This new talk is a follow-up to the first negotiation in 2019 at the International Defense Exhibition and Conference (IDEX), held in the United Arab Emirates (UAE). Egypt and South Korean officials discussed ways of increasing collaboration in the arms industry. South Korea’s Defense Minister Jeong Kyeong-doo and Egypt’s Minister for Military Production Mohamed El-Assa pledged to make active efforts to develop a “mutually beneficial” partnership.

The K2 Black Panther, if the sales agreement is successful, could replace Egypt’s more than 3000 ageing main battle tanks which include U.S.-made M-60 Patton, and hundreds of Soviet-built T-80, T-62, and T-55s.

The business will see Uralvagonzavod (UVZ) corporation building a facility in Egypt to assemble up to 500 T90MS tanks, although, some parts for the tanks will still be imported from Russia.

So far, details like the value of the deal have not been disclosed. In June 2017, reports of Egypt’s interest in the Russian T-90 main battle tank first came to light. Apparently, Egypt is impressed with the T-90 MBT’s performance in Syria, likely considering the T-90MS MBT because at 40+ tons, is light enough to be transported by its new Mistral Class Helicopter carriers since the American M1 Abrams is too heavy to be transported by the ships.