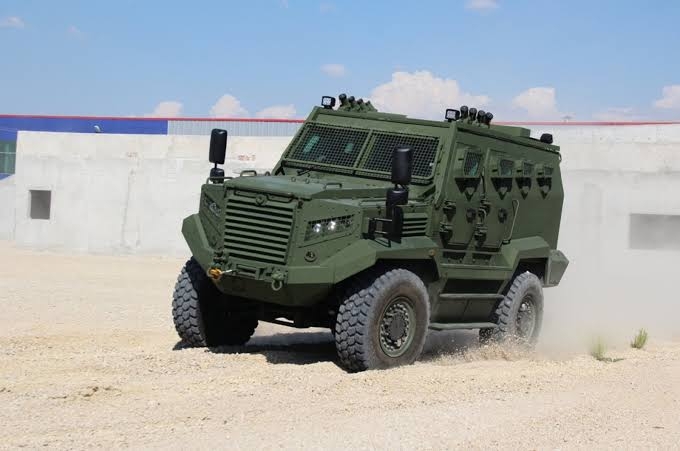 Allison Transmissions will provide equipment for Hizir 4×4 wheeled armoured vehicles to be supplied to Kenya.

Last year, Kenyan Army leadership announced that it was in need of several class of armoured vehicles to strengthen its capabilities, and to better handle the war against Al Shabaab in Somalia.

The requirement includes a fleet of MRAPs to counter improvised explosive devices attacks by Al Shabaab and eight-wheel-drive (8×8) armoured vehicles to boost its troops firepower and protection.

Turkish defense company Katmerciler, announced mid-last year that it was set to deliver the first batch of it’s HIZIR 4×4 armoured vehicles to an African customer. According to Katmerciler, the export agreement was signed between Katmerciler and the African country in a $20.7 million deal. Initially, the company did not supply the name of the country making the orders, however, it is believed to be Kenya.

Kenya’s military subsequently announced in January this year that it had placed an order for 118 Hizir four-wheel drive personnel carriers from Turkish armored vehicles manufacturer Katmerciler.

Three companies had applied for the contract to supply MRAP vehicles to Kenya, including firms from South Africa and North America but only Katmerciler met the user specifications with the Hizir 4×4 armoured vehicle.

Hizir is equipped with an Allison 3200-series fully automatic transmission as standard, and an Allison torque converter ensures that high torque is transferred to the driveline gradually.

The agreement for the Allison 3200 transmission was announced on 15 December, and deliveries of the transmission platform will commence in 2022 to be completed in 2023.

The Hizir 4×4 is a nine-personnel vehicle that is available in various configurations including C2, CBRN, weapon carrier, ambulance, border security and reconnaissance vehicle. Developed according to NATO standards, it features a high level of ballistic and IED protection.