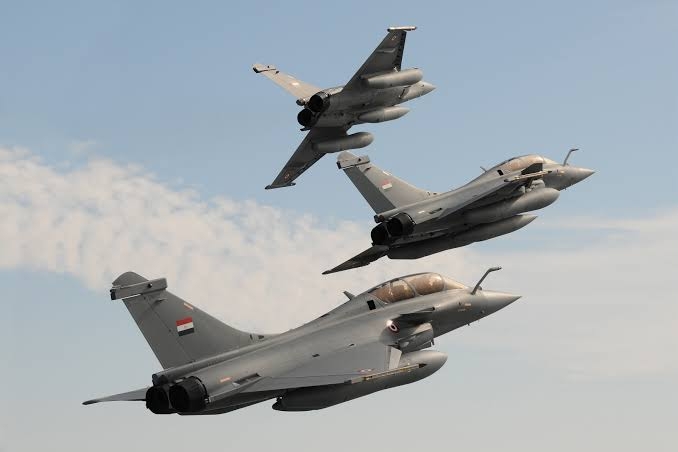 Dassault Aviation’s contract to supply 30 additional Rafales to equip Egypt’s air force has been confirmed and announced to have come into force on 15 November.

In May, Egypt reached an agreement with France to purchase 30 additional Rafale fighter jets worth 3.75 billion euro ($4.5 billion), to bring the total number to 54, and making the Egyptian Air Force the second in the world, after the French Air Force, to operate a large fleet of Rafales.

According to Dassault Aviation, the contract sets a new milestone in the strategic partnership between Egypt and France, and strengthens the historical ties forged with Dassault Aviation for nearly fifty years.

“In a demanding geopolitical context, Egypt has chosen the Rafale to ensure its role as a key player in the regional and international arena, in full sovereignty. This is an honour for Dassault Aviation and its partners, who are fully committed to meeting the expectations of the Egyptian authorities,” said Eric Trappier, Chairman and CEO of Dassault Aviation.

“This is an honour for Dassault Aviation and its partners, who are fully committed to meeting the expectations of the Egyptian authorities.”

The new Rafale aircraft will complements the 24 Rafales acquired six years ago, eighteen single-seat models of the Rafale and 12 twin-seaters are to be delivered between 2024 and 2026.

The Egyptian Air Force operates the Rafale out of Gebel el-Basur Air Base in Cairo.

The deal also includes a €240 million contract for buying equipment and munitions package from Safran Electronics and Defense as well as with missile-maker MBDA, and Egypt’s defense ministry disclosed that the deal would be financed through a loan spanning over at least 10 years