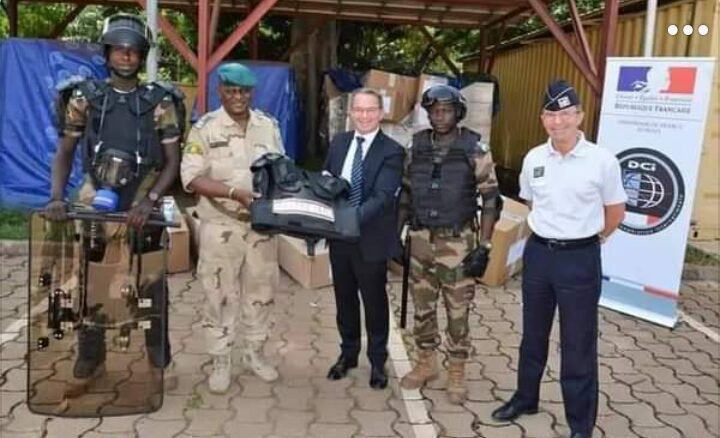 France has handed over a large batch of security materials and protective equipment handed over to the Malian National Gendarmerie.

The reception ceremony for these materials took place on Thursday, September 30, 2021 in the premises of the French Embassy in Mali, under the chairmanship of the Director General of the National Gendarmerie, Colonel-Major Sambou Minkoro DIAKITÉ, representing the Minister of Security and Civil Protection.

It was the first Counselor at the French Embassy in Mali, Mr. FAVIER Laurent, who officially handed over the equipment package in the company of the Internal Security Attaché, Police Commissioner DUPORGE Philippe and the French Counselor to the Director General, Lieutenant-Colonel FISCHER Christian.

“Through this gesture, the French Cooperation intends to strengthen the operational capacities of the National Gendarmerie in its public service missions.”

By receiving the said equipment, Colonel-Major DIAKITE expressed all his gratitude and gratitude to the French partner. The PSIG are new units created within the National Gendarmerie. They are placed with the Regional Commanders for various interventions in order to respond effectively to security requests in real time.