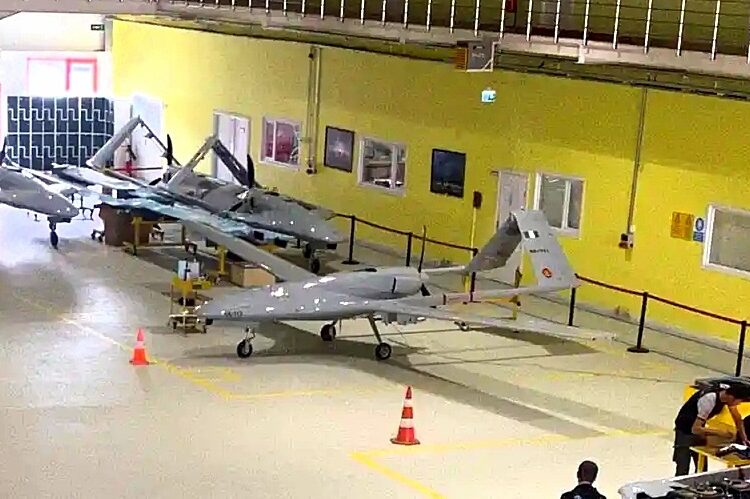 A few months ago, a high-ranking civilian official confirmed that Nigeria was acquiring armed military drones from Turkey and that personnel from the West African country were in Turkey for drone training.

The Nigerian army has for several months been looking to buy Turkish Bayraktar TB2 drones but sanctions issued by the United States and Canada on a key part of the equipment were delaying the process. Nigeria ordered 6 Bayraktar TB2 UCAVs along with 2 Ground Control Stations.

Senator Ali Ndume, Chairman Senate Committee on Army, earlier this year explained that Nigerian UAV pilots are currently undergoing training in Turkey. So far, the pilots have completed their training, and the Bayraktar TB2s will be supplied to Nigeria.

In January, Nigeria and Turkey entered talks on defence collaboration in counter-terrorism support as well as the acquisition of various military hardware that include attack helicopters, armed drones, and other infantry systems. A team from the Turkish Defense Establishment would meet its Nigerian counterpart in Abuja for the 5th Turkey-Nigeria Defence Industry Consultation Meeting. At the meeting, leading Turkish defence companies pitched their hardware to the Nigerian military leadership in a bid to make some sales including TUSAŞ, OTOKAR, Roketsan, BMC, Tais Shipyard, Katmerciler, ASELSAN, TAI and 10 others. Nigeria and Turkey first began talks aimed at improving their defence ties on August 31, 2021, during the visit of the Turkish Ambassador to Nigeria, Ambassador Hidaye Bayraktar paid a courtesy call on the Chief of Army Staff, Lt Gen Faruk Yahaya, at the Army Headquarters, Abuja.

The Bayraktar TB2 is a combat-proven UAV system which has been successfully deployed to several conflicts around the world. Most especially, Libya, Syria, Ukraine. Bayraktar TB2 armed drones have gained large business recently after their successes in combat over three active war zones in 2020.

Turkey has been enjoying high demand for collaboration with African countries. In Africa, the TB2 Bayraktar model is in high demand after it was used during the conflicts in Libya and Azerbaijan’s breakaway region of Nagorno-Karabakh in the past few years. The type has been sold to several African militaries including Morocco, Nigér, and Ethiopia.