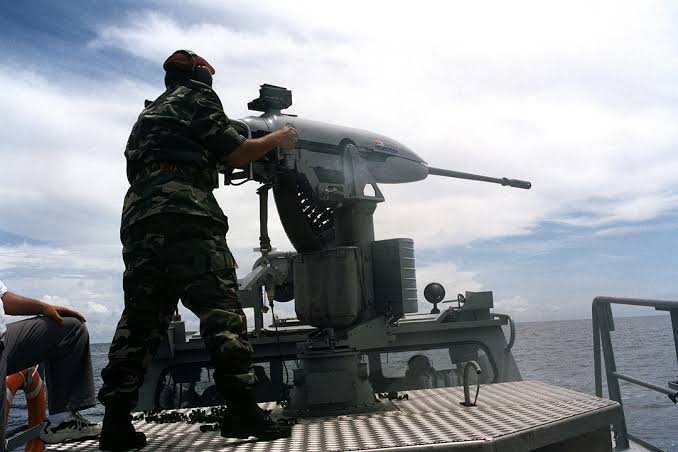 The US Department of Defense (DOD) announced on 29 September that it has placed a $20 million contract on Egypt’s behalf for the Rheinmetall Oerlikon Searanger 20 mm naval gun systems, under a Foreign Military Sales (FMS) contract.

The DoD said that 90% of the work will be performed at American Rheinmetall Systems’ facility in Biddeford, Maine, while the rest will take place in Egypt. The contract is expected to be completed by March 2024.

The Searanger 20mm naval gun is already in service with the Egyptian Navy’s new Lürssen patrol vessels that were originally destined for Saudi Arabia but acquired by Egypt instead.

The Searanger is a lightweight, fully stabilised, remotely operated weapon station with a 20 mm KAE autocannon, which is the latest version of the widely used KAA.

It has day/night electro-optical sensors with an integrated video-tracking function. The cannon has a range of up to 2 km and can use Rheinmetall’s new SAPPIE-T ammunition, which has armoured-piercing characteristics, but contains no explosive, making it safe and easy to transport and store.

The gun is remote controlled from a gunner station. The modular sensor unit is equipped with state-of-the-art electro-optical sensors and a video tracking unit.

The Egyptian Navy is taking advantage of it’s long-term strategic relationship with the United States to improve and sustain it’s military advantage in the region.

The United States Department of Defense announced on 2 July that a $41.58 million delivery order from Naval Sea Systems Command for VSE Corporation to continue to providing technical assistance to the Egyptian Navy under the US FMS programme.

The Egyptian military recently announced that it is exploring the option of adding the E-2D Advanced Hawkeye aircraft to it’s inventory. The new E-2D Hawkeye aircraft will coordinate airborne operation of Egypts large fleet of F-16 Fighting Falcon, Mirage 2000, as well as newly delivered Rafale, MiG-29M, and Sukhoi Su-35.