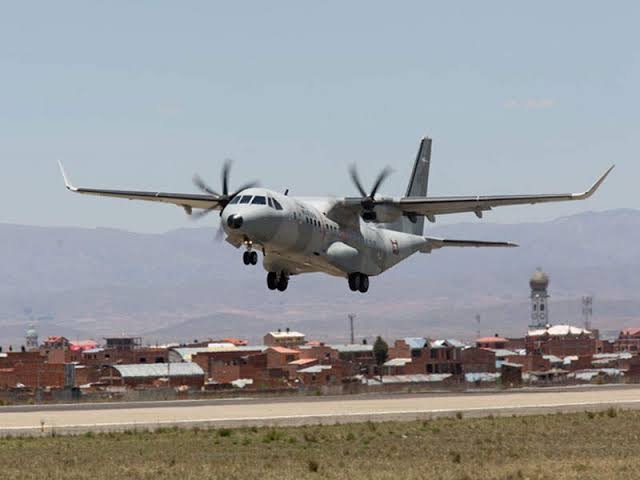 The United States is preventing Airbus Defence & Space from delivery the second C-295 transport aircraft to Mali which have been fighting a violent insurgency for several years.

According to Malian authorities, because of a U.S.-made transponder, the aircraft is being prevented from being delivered by Airbus. The CASA C-295 was supposed to have arrived Mali by the end of June this year.

The new C-295W aircraft ordered in December last year is meant to supplement the first aircraft already in operation since December 2016. It will help maintain an airlink with isolated garrisons in the north of the country. The first aircraft has since accumulated more than 1,770 flying hours and transported 38,000 passengers and 900 tonnes of cargo.

During the one-week visit to the United States, Mr Diop held meetings with David Diaz, director of African affairs at the White House, and Robert Godec, assistant secretary of state for African affairs.

“I have requested the support of these personalities for the lifting of the blockade in order to allow the delivery of the CASA C-295 aircraft acquired with Mali’s own funds,” Abdoulaye Diop wrote in a Facebook post on his arrival in Bamako.

Apparently, the United States blockade is in response to the recruitment of child soldiers in the Malian Army, which has been denied.

Although Mali admits that the child soldiers were recruited by other armed groups that later merged with the Malian army.

Mali also operated a pair of Harbin Y-12E transports, a Bassler 67, and a single Antonov An-26 based at Air Base 101 at Bamako-Sénou.

The country heavily relies on France (Operation Barkhane) to fight the insurgency, which could be problematic because the French government has, announced that it plans to end the support due to disagreement over the recent coup.