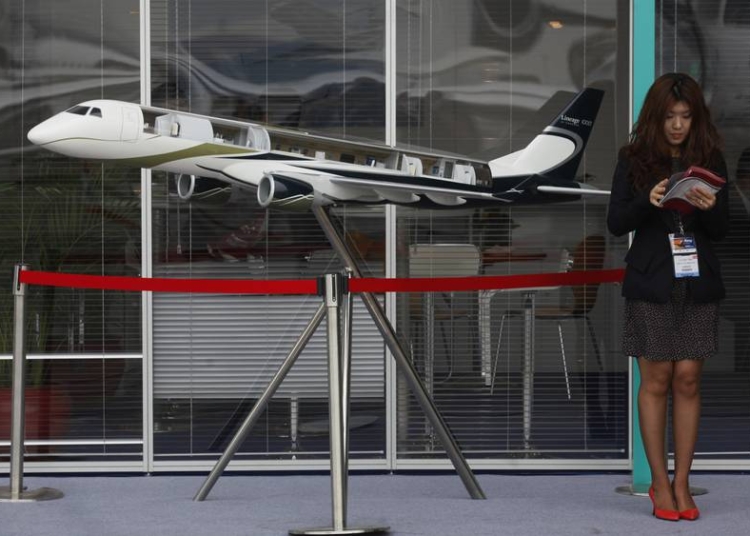 The work involves South Africa’s Paramount Group handling the pre-conversion maintenance, repair and overhaul of the aircraft under an additional contract, while Leonardo will acquire two aircraft to join the single Lineage 1000 already in Pakistan, followed by the design, modification, installation and integration of an anti-submarine warfare and maritime patrol package.

It is not yet certain if the Lineage 1000′s manufacturer, Embraer is also involved in the project.

A $190 million contract was signed between Pakistani Ministry of Defence Production and Leonardo in June after three months of technical discussions.

A total number of 10 Sea Sultans is expected to be procured in a follow-on contracts to replace Pakistan’s long-serving P-3C Orion fleet.

A September 2 induction ceremony took place at PNS Mehran naval air station, and Pakistani Navy stated that the Sea Sultans will “be equipped with the latest weapons and sensors to undertake Maritime Air Operations.”

However, local media reports suggests that Paramount Group will now overtake Leonardo as the prime contractor for the Sea Sultan project, thereby relegating the Italian company to just supplying hardware.

According to sources, Leonardo, Germany’s Rheinland Air Services and Turkish Aerospace Industries (TAI) participated in a closed tender launched in November 2020, with Rheinland offering its Sea Eagle maritime patrol aircraft conversion of ATR 72 propliners, while TAI offered a package based on that developed for the Turkish Navy’s ATR 72s.

Only Leonardo was shortlisted on a technical basis for the Lineage 1000 conversion because of the SeaSpray radar installed on the RAS 72 Sea Eagle aircraft and Sea King helicopters, and the Italian torpedo-release systems already installed on the Pakistan Navy’s anti-submarine warfare aircraft.

For Paramount, this will be a new experience for the South African company which specializes in mostly light aircraft, attack helicopters, UAVs, armored vehicles, and modernizing Mirage F1 fighters.

Should it require additional technical expertise, Paramount will likely leverage on its nearly 40 partner companies for its rotary- and fixed-wing integrated mission systems which include the U.S. Boeing and Leidos.

Paramount recently established a presence in Tel Aviv, Israel to expanded its global footprint and to better serve customers in the Middle East and the wider European Markets.

Part of the expansion saw it taking a “strategic ownership stake” in Dubai-based defense services provider Burnham Global. The Dubai-based firm was established from part of the UK-based Risk Advisory’s Government Services unit.