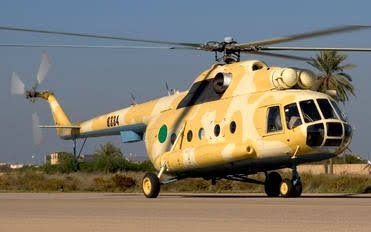 Both Mil-MI8 helicopters were badly damaged, but the occupants of the second helicopter survived. The Mi-8s we’re supporting Libyan troops in securing their border area with Chad.

“The direct impact between two helicopters” caused the death of a general and a technician, LNA’s General Miloud al-Zouay told foreign media.

The two aircraft were carrying out a military mission against a Chadian armed opposition group on Libya’s couthern border.

LNA forces have been in combat against Chadian rebel group the Front for Change and Concord in Chad (FACT) in the south of Libya near the Chadian border.

The bloody Libyan civil war has come to an end as both parties -the LNA and the Government of National Accord (GNA) accepted a UN-backed ceasefire, an interim unity government, and promises of elections.