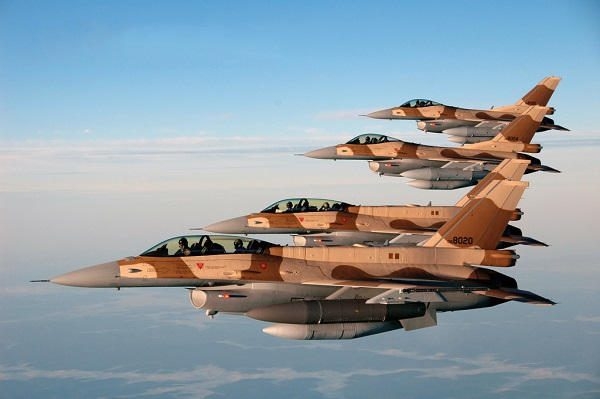 Terms of the contract will see Raytheon’s Pratt & Whitney business complete manufacture of the F100-PW-229 engines at it’s East Hartford, Connecticut, plant, followed by the delivery in June 2025.

The US Department of Defence announced the contract award on 26 July, stating that it is part of an indefinite-delivery/indefinite-quantity contract contract.

The Royal Moroccan Air Force requested to procure 25 F-16C/D Block 72 jets, built by Lockheed Martin, and 29 Pratt & Whitney F100-229 engines and other related equipment from the U.S. government under a potential $3.9 billion FMS transaction the State Department approved in March 2019.

Also, within that period (in September 2019), Morocco requested for the sale of F-16’s armament, TOW missiles, Paveway II, JDAM from the United States, earmarking nearly a billion dollar for the sale of the various ammunition and weapons.

These acquisition are said to be part of the country’s aim to modernize its military in order to achieve a five-year plan for  “regional military supremacy,” amid the country’s long-running regional rivalry with Algeria.

The Royal Moroccan Air Force currently operates 23 F-16C/D Block 50/52 aircraft that it received from 2011 to 2012, although it lost one during campaign over Yemen as part of the Saudi-led coalition).

Although, the Boeing AGM-84L Harpoon Block II missiles which Morocco requested to procure from the United States for its F-16s fighter jets will have reduced coastal targeting capabilities says the U.S.

The Harpoon missiles to be supplied to Morocco are the “non-coastal target suppression” version, which will not be able to attack land targets, this is according to an April 27 US Federal Register arms sale notification.