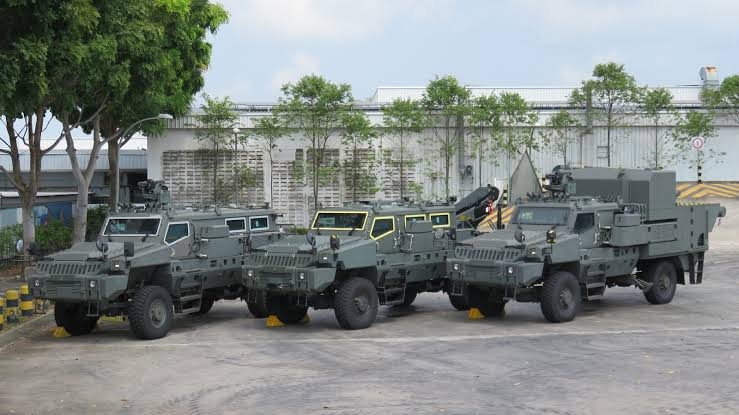 The induction of the Marauder 120 mm mortar system known locally as the Belrex is part of the Singapore Army 17-year third-generation transformation process.

The transformation process culminated in full operational capability of a combined-arms division (CAD) intended to make all army formations to fight as a single unit, and to build on the concept of precision information, fire and manoeuvre.

According to an announcement on Wednesday June 30 by the Ministry of Defence (MINDEF), with the completion of this transformation, the Singapore Armed Forces (SAF) will continue to develop its next-generation army to tackle new and increasingly complex security challenges.

Assistant Chief of the General Staff (Plans) Colonel Xu Youfeng during a media briefing said that “This is a manifestation of the 3rd generation army’s fighting concept of precision warfare.”

Col Xu said: “Overall, through the 3rd gen CAD (Combined Arms Division) capstone exercise, we have successfully demonstrated the ability of the army to fight as an integrated and networked force, bringing precision warfare capabilities to bear on the battlefield.

“The developments that we have undertaken as part of our 3rd gen transformation provides us a strong foundation as we continue to make progress in our transformation into the next-gen fighting force, underpinned by new concepts and technologies.”

One of the latest Belrex variants is a mortar version comprising an ST Engineering Super Rapid Advanced Mortar (SRAM) Mk II mounted on the rear in of a South African-made Marauder armoured vehicle.

The Marauder is called the Protected Combat Service Vehicle (PCSV) in SAF service. Twelve PSCVs were transferred to Singapore in 2013-14 for trials and system integration by local firm ST Kinetics.

The Belrex Mortar Variant features a 120mm Advanced Mortar System that is integrated with the SAF’s Battlefield Management System – a command and control system – to enhance the motorised infantry’s networked fighting capability. This integration of weapon and platform enhances shoot-and-scoot operations, mobility and soldier survivability.

The base platform comes in three basic crew compartment sizes – four, eight and ten. In addition to a remote machine gun and a smoke grenade launcher, the vehicle also has provisions for a suite of C4 systems, enabling co-operative engagement with other land combat platforms as part of a networked force. The vehicle can be deployed in peacekeeping roles in conflict areas an