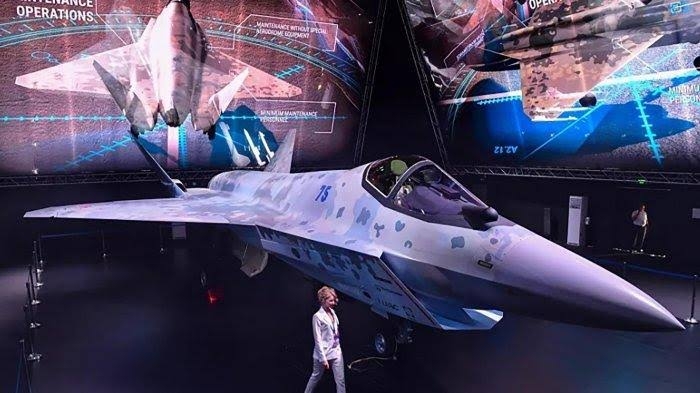 During the unveiling of the Checkmate stealth aircraft, Rostec CEO Sergey Chemezov, told the media that foreign countries have expressed interest in the aircraft, and that Sukhoi parent company United Aircraft Corporation, is targeting Middle Eastern and African countries as potential customers.

“The machine can perform a wide range of tasks and is not whimsical in maintenance,” the spokesman added. “Moreover, the aircraft has an open architecture and can be assembled in several configurations, configured in accordance with the desires of the customer.

On the day of the unveiling of the Checkmate jet, Deputy Prime Minister Yuri Borisov told reporters that “firstly, the aircraft will be oriented toward African countries, India, and Vietnam.”

Yuri Borisov noted that there’s a market for 300 of the aircraft in Africa, India, and Vietnam.

The Checkmate stealth jet is reported to be a direct competitor to the U.S. F-35 Lightening II aircraft and Chinese Shenyang FC-31 – with an estimated cost of the new plane being between $25 million and $30 million, while an F-35 costs about $90 million for the conventional-takeoff F-35A model, and Shenyang FC-31 on the other hand costs around $70 million apiece.

The competitive pricetag is a far better value proposition than the two nearest competitors, and superior to the French Dassault Rafale and Swedish JAS-39 Gripen. – both fouth-generation aircraft.

The reduced cost of the Checkmate fighter jet is because Sukhoi is reusing some of the technologies previously developed for the Su-35S and Su-57, and also developing the aircraft with AI-assisted production methods.

The Checkmate is a fast, stealthy, high-flying, and light multi-role fighter with an impressively large payload for its class, designed by the Sukhoi aircraft design and production company, which is part of the United Aircraft-building Corporation (Obyedinyonnaya Aviastroitelnaya Korporatsiya—OAK). OAK, in turn, is a subsidiary of the Rostec state-owned defense-industry conglomerate.

United Aircraft-building Corporation said that the Checkmate jet will have an active electronically scanned array (AESA) radar able to engage six targets at once, “even under conditions of strong electronic interference,” and that the AESA will work cooperatively with the sensor and electronic warfare capabilities of the jet.

Although in Africa, Algeria and Egypt are two of Russia’s major arms importers who would potentially be interested in the Checkmate.

Both countries have recently bought significant arms from Russia in the past few years.

Just last year, the Algerian Air Force began taking delivery of its first Russian-made MiG-29M/M2 multirole combat aircrafts in a deal which is expected to increase the size of the country’s combat fleet and replace legacy systems operated by the 193rd fighter squadron.

On the other hand, Egypt has taken delivery of all its MiG-29M/M2 fighter jets it ordered from Russia and has started receiving its two dozen Su-35 fighters.

Sukhoi aircraft design and United Aircraft-building Corporation says that a prototype of the new Checkmate stealth jet will be flying by 2023 and hope to begin production in 2026.

While Rostec said it will offer African and Asian countries possible co-production of the fighter as well as providing a cheaper product to customers that cannot afford or do not have access to anything more advanced like the U.S. F-35 and Chinese FC-31.

The director general of OAK, Yury Slyusar, boasted that the Checkmate “will obliterate its opponents,” including the US F-35 stealth fighter in the air and international market.

“China’s product has already made test flights, and is a step ahead of the Checkmate in terms of development progress,” Wei told the Global Times on Wednesday.

Comparatively, the Sukhoi will be equipped with a single-engine top speed of Mach 2, a range of 3,000 km and a payload of 7,400 kg, and on the other hand, the Shenyang FC-31 twin-engine, mid-size fifth-generation jet has a maximum take-off weight of 28,000 kg and a total thrust of 24tons, with a lower maximum range of 1250km.

Although the Russian weapons manufacturer declined to name the particular customer, he did say that countries of the Asia-Pacific region, Africa and Europe have shown interest in fifth-generation Sukhoi Su-57 stealth fighter jet.