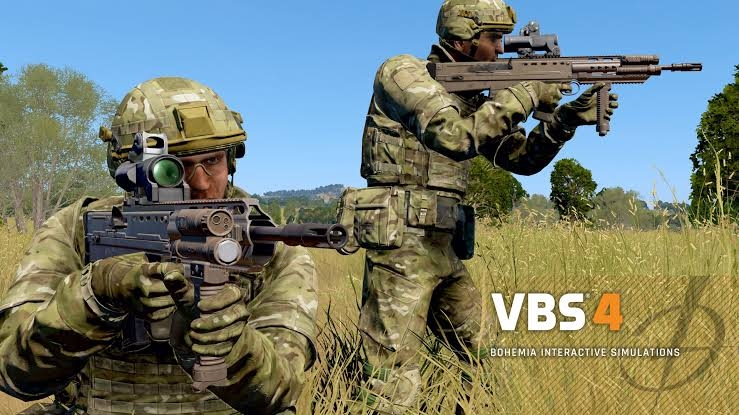 Exercise LION HEART featured the use of simulation technologies to build capacity, force multiplication in order to aid ongoing military operations across the country.

MASA SWORD has all the functionalities to meet today and future requirements for the constructive simulation needs in the context of Army Collective training, says MASA Group.

SWORD, can provide a large variety of training scenarios including high intensity conflicts (coercion), stabilization missions, operations with asymmetrical actors, as well as maneuvers in urban zones and in the open.

On the other hand, the Virtual Battle Space Series 4 software (VBS4) provides a comprehensive virtual desktop training environment with whole-earth rendering for tactical training, experimentation, and mission rehearsal, and performs as a powerful simulation host.

Nigeria’s Chief of Army Staff(COAS) Lieutenant General Faruk Yahaya commended the Centre for collaborating with relevant organisations and agencies with wealth of experience in simulation technology to fast track its development.

Also, The Director General Land Forces Simulation Centre Nigeria, Major General Felix Omoigui explained that the exercise, which is jointly organised with the Defence Simulation Centre Jaji is aimed at enhancing the capacity of the technical staff of the centres and sister security services for operational planning and decision making.

According to him, the exercise will equally sharpen the skills of personnel of the centres and the Nigerian Army in the newly acquired simulation software. He added that the joint exercise will further build capacity on the use of the MASA SWORD software. He expressed gratitude to the COAS for his support to the centre and for providing the needed logistics for the exercise.