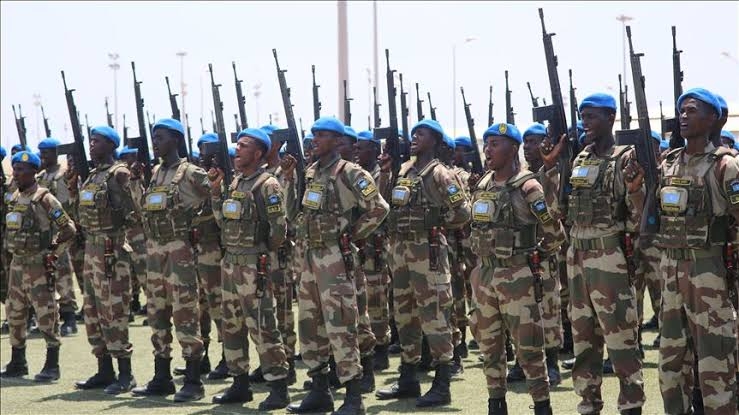 The British Army will train an additional 600 Somali National Army soldiers this year as part of its efforts to build capacity of Somali forces.

A June 2 statement by the UK Embassy in Mogadishu said UK forces are stepping up their support for the SNA through various trainings ahead of planned takeover of the operations of full security by SNA from Amisom.

The training covers three key areas. These are, collective training program that involves defensive operations, command and control, human rights, communication and photography, among others.

The second part deals with the fight against improvised explosive devices which constitute a major threat to both the SNA and Amisom.

The third aspect of training covers logistics, planning and execution of operations.

UK Ambassador to Somalia Kate Foster said her country is committed to building a professional army to “help promote long-term peace and conduct effective operations in the region to counter Al- Shabaab “.

“We are proud to support Somalia to strengthen its efforts in this collective struggle.

Forming the first battalion, the infantry training began in January 2019, with the new Baidoa Security Training Centre being completed in the following month.

To further increase its support to the Somalian National Army (SNA), the United Kingdom provided much needed command and staff training to the country’s 8th Brigade.

The brigade-level command and staff course comprised of planning and conducting stabilisation operations, and was delivered by British Army personnel deployed on Operation TANGHAM.

Nineteen Somali officers were trained to operate alongside the Somali Police Force, African Union Mission in Somalia (AMISOM), and other international partners in the fight against Al Shabaab.

Subsequently, towards the end of 2020, Britain supplied military equipment comprising of at least 17 Kamaz troop carriers and tractor trucks as well as ten Toyota Land Cruiser light patrol vehicles, were donated by the United Kingdom to the Somali National Army (SNA) in order to help boost it’s logistical capabilities.

These benevolent acts by Britain is seen as a strategic move to counter growing Turkish influence in Somali.

In 2017, Turkey and Somalia had signed a wide-ranging military partnership deal that led to Turkey opening a military base in Mogadishu.

Turkey’s army are providing commando and counter-terrorism training to 150 Somali National Army soldiers under the defence and security cooperation agreement between Ankara and Mogadishu.

Four SNA batallions or 2000 men have been trained by Turkey. Ankata has committed itself to train and equip at least 5000 special forces to strengthen the 16 000-men strong SNA.