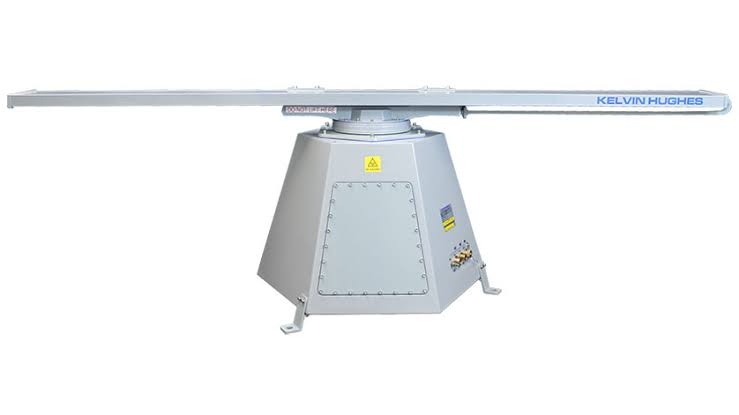 According to a June 2 announcement by Hensoldt UK (previously Kelvin Hughes), the Kelvin Hughes Mk 11 S and X band radars will be used to provide a navigation and surface surveillance capability.

The SharpEye radars are in service with some 30 navies, and are approved by the International Maritime Organization (IMO). The radar type are usually installed in conjunction with an OSI integrated navigation bridge system.

SharpEye which is based on modern solidstate technology features digital pulse compression and Doppler processing of the radar returns, allowing it to detect objects with a low radar cross section, even semi-submersed objects all weather conditions.

Kelvin Hughes radar system also offers the ability to provide a Helicopter Control and Tracking capability which satisfies the requirements of flight safety.

Using a direct drive motor system, rather than a traditional antenna rotator gearbox, Hensoldt reduces maintenance costs for the radar.

In addition, for ease of installation and reliability, the solid-state SharpEye transceivers are installed upmast in the carbon composite turning unit housing.

Adrian Pilbeam, Head of Sales, Maritime Surveillance, stated “Hensoldt UK are pleased to supply the South African Navy with further SharpEye radars to assist in the demanding operational tasks. This continues the longstanding relationship for the supply of radar sensors to OSI Maritime Systems for integration into their bridge systems.”

Kelvin Hughes had installed the SharpEye radar type onto SAS Drakensberg, South African Navy’s fleet replenishment ship in 2016. The radar type was ordered in July 2013, while sea acceptance tests were carried out in January 2016.

South Africa’s three 62 x 11 metre Multi-Mission Inshore Patrol Vessels (MMIPVs) built according to the patented Damen Axe Bow design will be based at Naval Base Durban.

The first boat was laid in February 2019 and the second was laid in August 2020. The first vessel was launched at the end of March this year in Cape Town.

All three vessels are expected to be delivered between 2021 and 2023.

The RTS 3200 is a light-weight combined radar and electro-optic tracker ideally suited for operation on smaller naval combat vessels.