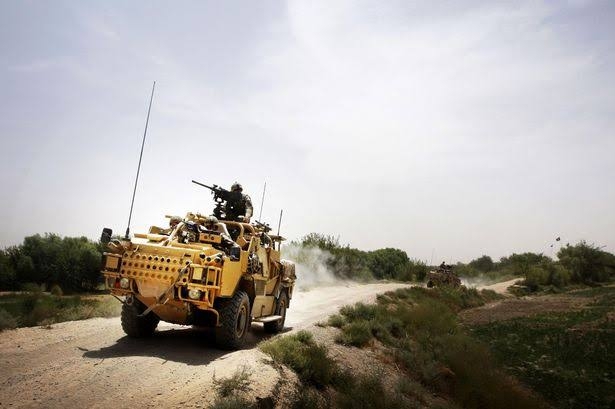 About 250 soldiers of the Long Range Recce Group (LRRG) drawn from British Army’s Light Dragoons and 2 Royal Anglian are deployed in Operation SEKA, a security operation formed to provide essential security for the main supply route in Gao and the surrounding areas.

British Secretary of Defence Penny Mordaunt announced on 22 July 2019 that the UK will deploy the force to provide better situational awareness to both the military and civilian personnel in support of providing sustainable peace in war-torn Mali.

Prior to their deployment to Mali, the Light Dragoons and Royal Anglians conducted an MRX (Mission Rehearsal Exercise) at the Salisbury Plain and Stanford Training Areas with several new weapons and combat systems.

The LRRG undertook a 1,500 km force reconnaissance mission in the area of operation, and visited more than 60 villages in order to protect the local population and deter hostile activity.

A last week statement by the British Ministry of Defence (MOD) explained that Op SEKA collaborated other UN nations including Mali to enable a persistent presence which deterred violent activity and ensured freedom of movement for friendly forces, and protection for local communities.

British soldiers worked with personnel from Sweden, Norway, Germany, Nigeria, Mali and France under the United Nations Multidimensional Integrated Stabilization Mission in Mali (MINUSMA) to help shape operations and co-ordinate activity in the region. This is an essential part of the MINUSMA mission to ensure the force is united in its effort to bring peace and stability to the region, the Defence Ministry said.

Lieutenant Colonel Tom Robinson, Commanding Officer of the Light Dragoons, said: “Op SEKA was our first opportunity to make a real contribution to the UN mission. We did this by focussing our efforts on understanding what the challenging security situation meant to the local population and how best we, our UN partner forces and the civilian mission together could help address them.

“After a month-long patrol, covering 1 500 km in 40 degree heat, our hard work paid off with a significant reduction in violence against the locals and prevented the terrorist groups from moving and acting with impunity.”

“The UK commitment to Mali demonstrates the kind of deployments which will be increasing as part of Future Soldier, the Army’s transformation plan. The Army will not just train in case of war but will be continuously working to keep the country safe. Having more regularly deployed troops– ‘persistent presence’ – gives us the ability to anticipate and react quicker to emerging crises,” the MoD said.

The off-road manoeuvrability of the Light Dragoons Jackal 2 and Coyote, vehicles enabled the task group probe deep over incredibly challenging terrain in 40 degree heat to engage with the local population in remote areas, not previously reached by security forces; while Foxhounds of the 2 Company Royal Anglian were used in the large population centres on the Main Supply Route, all to enable an understanding of the needs of local communities.

In March last year, the Supacat “Jackal” MWMIK special operations and reconnaissance vehicles of the British Army received significant upgrades packages to their sensor, communications, and environmental systems ahead of their deployment to Mali.

The deployment of British troops the Malian theatre initially suffered a delay caused by logistical constraints.

UK military sources disclosed that the delays were caused by challenges in building troops camp sites, arranging commands, as well as moving equipment to Mali.