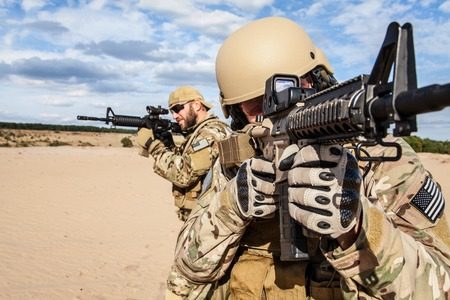 The fight against terror in Mozambique is set to receive a boost as the United States’ Army 7th Special Forces Group (Airborne) popularly known as the Green Berets are in-country in an active combat capacity.

The 7th Special Forces Group were deployed as part of a training and combat package few days ago to train and assist Mozambican forces in the fight.

The fighting in the province of Cabo Delgado, the northern part of Mozambique has caused 2,000 deaths and displaced 670,000 people, the terror group pledged allegiance to the Islamic States (ISIS) in 2018.

Meanwhile, US Army Special Forces soldiers are also providing tactical training and guidance to the Mozambican marines, they’ll continue to do so for the next two months.

The Green Berets will help “to prevent the spread of terrorism and violent extremism,” the US Embassy in Maputo, Mozambique’s capital, said

“The United States is committed to supporting Mozambique with a multifaceted and holistic approach to counter and prevent the spread of terrorism and violent extremism,” the U.S. embassy said. “This approach addresses socioeconomic development issues as well as the security situation.”