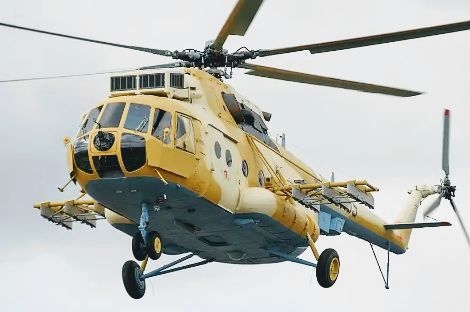 In a short while, pilots of the Mozambican military will soon take up the task of providing direct air support and transport duties for its troops in its fight against jihadist in Cabo Delgrado.

At least, four Gazelle helicopters and two Russian-made Mi-17 and an Mi-24 helicopters crewed by Mozambican and Ukrainian pilots are expected to join the fight later this year.

Although, Mozambique fleet of Mi-24 and Mi-17 helicopters are inoperable, the southern country has been revamping its capabilities by adding refurbished second hand helicopters to its inventory.

The deal between Paramount and Mozambique also includes the latter receiving at least 12 Marauder armoured vehicles and four Gazelle helicopters, with the Gazelles to be delivered by February.

Two ex-UK Army Gazelles are understood to be in the country, they were seen at Nacala Airport in Mozambique in Mozambican military livery.

Fifteen Mozambican pilots are being trained at the Paramount Technical Training Academy based at Polokwane International Airport, while Burnham Global a subsidiary of Paramount is also training Mozambican ground personnel on armoured vehicles operations.

DAG has been accused of indiscriminate attacks on civilians in Mozambique by Amnesty International. According to local sources, DAG’s helicopter support would come to an end on 6 April, after 13 months of operations.

A DAG Gazelle scout and light attack helicopter was shot down in July April during engagement with the jihadists. Also in June, a Bat Hawk microlight scout aircraft crashed in an accident in the vicinity of the village of Muidumba. The pilot was seriously injured, but survived and was evacuated to South Africa.