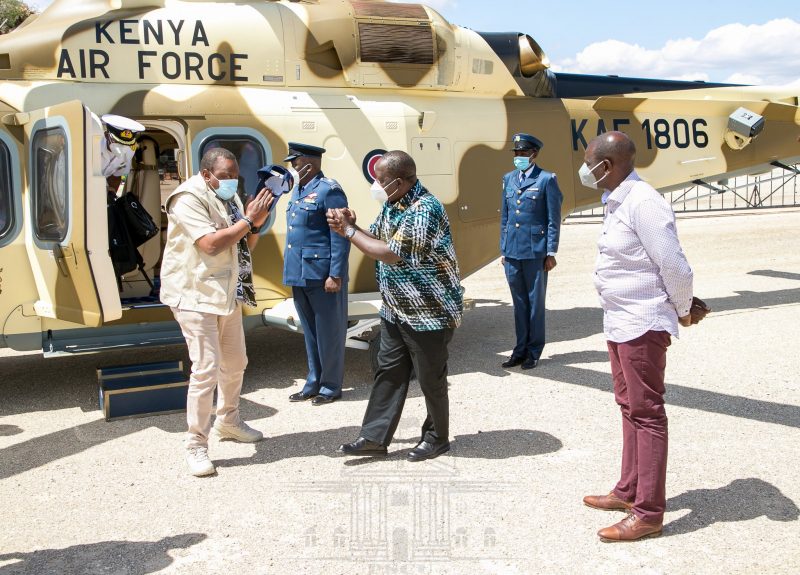 Leonardo Helicopters has delivered three new AW-139 helicopters to the Kenyan Air Force, in fulfillment of a 2018 order.

The AW-139 helicopters (KAF-1802, KAF-1804, KAF-1806) were seen transporting President Uhuru Kenyatta in the city of Kisumu in early January this year.

A June 2018 report submitted to the parliamentary public accounts committee by the Kenyan Treasury Secretary Henry Rotich revealed that the Kenyan Air Force had ordered an undisclosed number of AW-139 helicopters and three C-27J Spatan tactical transport aircraft to boost its operational capabilities.

According to the report, the C-27J Spartan military transport aircraft were acquired for Sh20 billion (S$198 448 276) from Italian aircraft manufacturer Leonardo.

The business was financed by a Sh6 billion ($59 million) loan advanced to Kenya’s Treasury by Italy’s UniCredit SpA.

The three C-27J Spartan has since been delivered. The first two Spartans were commissioned into service in February 2020 and the third delivered in October last year.