Pan-Turkism as a Rising Threat to Regional Stability 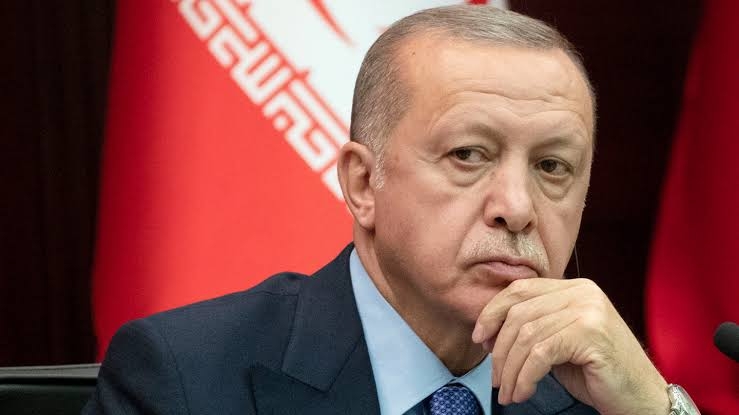 Ankara seeks to exploit the alliance with Baku to strengthen its foothold in the region in a bid to restore the Ottoman Empire and merge the Turkic States of Central Asia into a seamless logistics space with common armed forces.

Direct involvement of Turkish military and Syrian mercenaries in the Nagorno-Karabakh conflict on the side of Azerbaijan marked the peak of the pan-Turkism policy aggressively pursued by the Turkish leader Recep Erdogan and his ruling Justice and Development Party to extend Ankara’s influence to the Turkic States of Southern Caucasus and Central Asia regions.

“We celebrate this glorious victory here today. But Azerbaijan’s liberation of its lands from occupation does not mean that the struggle is over. The struggle, which is waged in the political and military spheres, will continue on many other fronts,” Erdogan said during the victory parade in Baku last December after the signature of a peace agreement that cemented the end of hostilities in Nagorno-Karabakh.

Thus, he unequivocally confirmed Turkey’s readiness to secure its geostrategic interests by all kinds of means, including military force.

Erdogan’s ominous mention of the “other fronts” provides an insight into the very essence of the foreign policy of today’s Turkey that is trying to regain its former grandeur by using all openings in the turbulence created by the crumbling unipolar world order led by the United States.

The disintegration processes in Europe and the diminishing role of world powers, which had previously prevented Ottoman ambitions from transcending national borders, gave Turkey a green light for geopolitical revenge. However, in order to restore its regional leadership, Ankara chose rather dubious methods, including proliferation of political Islam and encouragement of separatist sentiments in countries with Turkic minorities.

It is worth noting that although the ideology of pan-Turkism precedes the presidency of Recep Erdogan, he is the first leader in Turkey’s modern history to vigorously implement it in the most radical fashion.

Turkey and the armed groups Ankara took under its wing pursue a consistent policy of terror against the Kurdish population in the areas of Northern Syria captured during the Turkish intervention.

Ethnic cleansing, assassination and abduction of Kurdish entrepreneurs and landowners with the purpose of subsequent redistribution of their property among the Turkey-backed factions are rife in the occupied territories.

According to human rights watchdogs, during the three-year period of Turkish occupation of Afrin, 674 civilians were killed, more than 7,300 were abducted and 300,000 were forcibly displaced. In addition, Turkish companies cut down over 314,000 olive trees and plundered more than 70 archaeological sites.

Besides the Kurds, Armenians of Nagorno-Karabakh have also experienced the plight of Turkic nationalism last year. Turkey sent thousands of Syrian mercenaries to support Azerbaijan’s troops in the fight for the disputed region. Nagorno-Karabakh is considered a part of Azerbaijan, but since 1994 it has had a quasi-independent status, profiting from the protection of Armenia.

Military experts say that Azerbaijan’s victory was regarded by Ankara as a proof of the correctness of its foreign policy. It also was strategically important in terms of Turkey gaining direct access to the Caspian Sea and the Central Asian region via Nakhichevan Autonomous Region, Nagorno-Karabakh, and the main lands of Azerbaijan for further expansion into the Turkic countries.

Many nations – one army

Another goal of the pan-Turkic project, perhaps the one with the top priority, is the creation of the so-called Turan army. The term Turan, which in the original connotation denoted a historical region in Central Asia, is commonly used by Turkish nationalists to designate all Turkic states.

It gained more and more traction in the Turkish media as violence in Nagorno-Karabakh escalated. This ambitious idea envisages the unification of the armed forces of the Turkic countries under the leadership of Turkey.

Many analysts believe Ankara has begun to take steps in this direction long ago, integrating the Turkic countries into multiple joint political and economic organizations and initiatives. For example, in 2009, the Turkic Council was created, which, in addition to Turkey included Azerbaijan, Kazakhstan, Kyrgyzstan and Uzbekistan.

As it was stated at the time, the council’s aim is to promote comprehensive cooperation between the Turkic states, including the military sphere. Within the framework of the council’s work, Turkey has repeatedly put forward proposals to accelerate the formation of the joint armed forces, but until recently all these imperial initiatives did not go beyond ink on paper.

At the same time, the developments in Nagorno-Karabakh have largely become a catalyst for a significant rapprochement between the Turkish and the Azerbaijanian armed forces, possibly paving the way for further consolidation of the Turkic countries in the near future.

The allies in Baku and Ankara have already announced their intention to conduct joint aviation and landing exercises in the province of Kars, a region located on the Armenian-Turkish border that has historical ties with Armenia. Given the territorial proximity of the drills’ site to Armenia and the recent end of the war in Karabakh, which left thousands dead and wounded, the planned maneuver represents a thinly disguised aggression and is an unambiguous message to neighboring states.

In recent years, Turkey’s appetites not only began to grow within the former Ottoman Empire, but also transcended the areas of its historical influence, reaching Latin America, Western Europe and Southeast Asia. Ankara consistently supports the Muslim Brotherhood and its political affiliates in Tunisia and Libya, instrumentalizes the Turkish diaspora to exert pressure on the policies of several European countries, incites pan-Turkic sentiments and uses “soft power” in the Balkans and Central Asia, changing the long-standing balance of power.

Turkey is also a haven for Islamic radicals from all over the world, in particular from the Xinjian-Uygur Autonomous Region of China. Surprisingly, these actions by Turkish nationalists are yet to elicit an adequate and coherent response from China, the EU, Russia and Iran, as well as other leading states and international organizations, who must fully understand the potential repercussions and threat of Turkic separatism to their integrity and sovereignty.

Despite the fact that Ankara still has much to do to implement the plans of the neo-Ottoman project in terms of strengthening economic and cultural ties with the Turkic countries, creating a common logistics infrastructure, time does not work in favor of countries with Turkic minorities, which have long been subjected to external intervention by Turkish investment funds and humanitarian organizations. The reaction to the persistent expansion of the pan-Turkists should be swift and coordinated, otherwise the region, already permeated by Turkey, will see growing instability, even more violence and bloodshed.