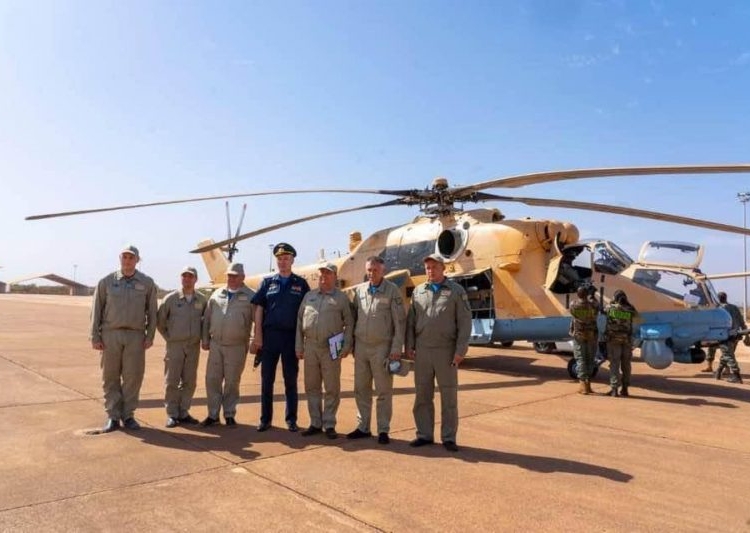 Russia has delivered an Mi-35M attack helicopter to Mali today, 13 January, bringing the total number of the type in Mali to eleven.

The Mi-35M helicopter was delivered by a Russian military delegation including Naval and Air Force Colonels, with defence minister Sadio Camara, Russia’s defence attache, Vice President Assimi Goita in attendance at the Air Base 101 in Bamako.

In 2016 Rosoboronexport signed a contract with Mali for four Mi-35M helicopters, with two delivered in September 2017, a third was delivered in 2018. Mali previously acquired at least seven Mi-24D helicopters second-hand from Bulgaria between 2007 to 2012.

The new helicopter will be used to combat extremism in the country. Based on the legacy Mi-24 Hind, the helicopter is crewed by two, and can carry eight fully armed soldiers, and incorporating several improvements, including shortened stub wings, a new rotor system, modern avionics, upgraded turboshaft engines and a hydraulic system.

It is armed with a chin-mounted turret can be installed with the twin-barrel GSh-23V 23mm cannon with 450 to 470 rounds of ammunition. The gun can fire 3,400 to 3,600 rounds a minute. The stub wings can carry a range of weapon systems, including anti-tank missiles, rocket pods/gun pods or fuel tanks.