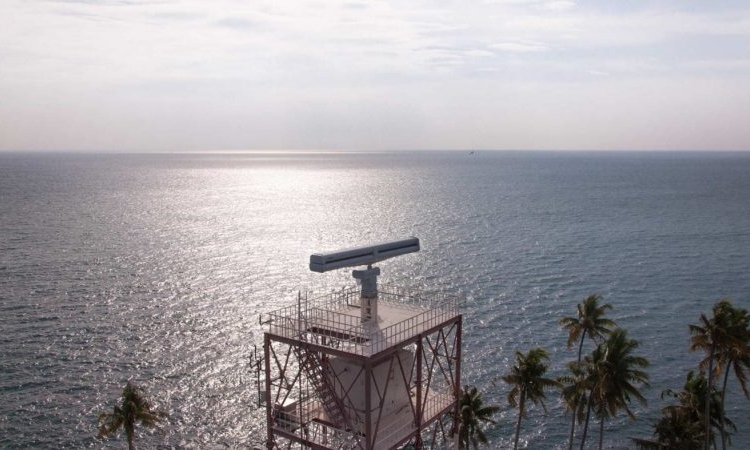 The Indian Ministry of Defence says the installation of 104 static coastal surveillance radar stations in friendly African and Asian states of the Indian Ocean Region will be completed by November this year.  The project, widely believed to be designed to counter the growing influence of the Chinese People’s Liberation Army Navy (PLA-Navy) in the Indian Ocean, began in 2015 with the installation of static radar surveillance stations in Mauritius.

“Post-implementation of Phase 1 and Phase 2 of the chain of static sensors across the IOR will put the Indian coastline under surveillance of 104 radar stations, making it one of the world’s largest coastal surveillance systems,” the Ministry of Defence said in its annual report for 2020.

Indian company Bharat Electronics Limited (BEL) was contracted by the Indian Coast Guard to implement the project with help from Danish electronic defence solutions provider Terma. Terma is supplying the SCANTER 2001 radars being rolled out to enable the Indian Navy Information Management and Analysis Centre (IMAC) to monitor ship movements in the IOR.

Presently, the coastal surveillance system includes Mauritius, Sri Lanka and India while negotiations are underway to include the Maldives, Myanmar, Bangladesh and Thailand.  The Indian Navy IMAC located in Gurugram is the intelligence fusion and operations node for the network. It already has attaches from Europe and the US.