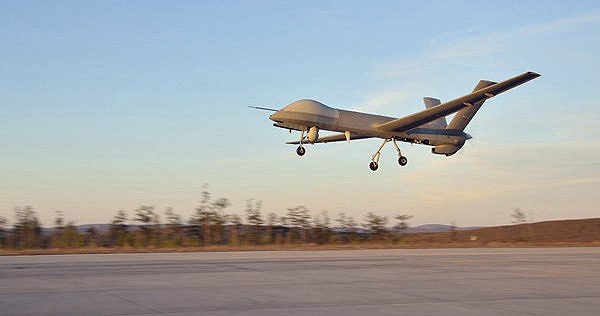 The Nigerian Air Force is expecting a new haul of Chinese-made unmanned aerial vehicles before the end of this year.

This is according to Nigeria’s Chief of the Air Staff (CAS), Air Marshal Sadique Abubakar, who made this known on Thursday, October 8, 2020, during an operational visit to the Headquarters of the Air Component of Operation HADARIN DAJI in Katsina to assess the progress of operations.

While iterating his commitment to neutralize all security threats in the region, particularly the marauding Armed bandits, Air Marshal Sadique Abubakar stated that stated that these efforts would be intensified as more attack helicopters and fighter jets would be deployed in order to bring to an end the menace of armed banditry in the affected areas. “I assure you that very soon most of these problems will be over”, he said.

He also said that the Nigerian Air Force has concluded the acquisition of 8 Unmanned Combat Aerial Vehicles (UCAVs) which would soon arrive into the country.

These UCAVs will bring substantial value to what we are doing. The whole idea is to send the right message to Nigerians that the Federal Government is doing everything humanly possible to ensure that our communities are safe”.

Apparently, 70 Air Force personnel are currently being trained in China on operating the new drones. Also, some of the UCAVs would be deployed in Katsina and Gusau, while others would be deployed to Gombe, at the newly established 203 Combat Reconnaissance Group (203 CRG) Gombe.

The new drones, will complement the four CH-3 Rainbow Armed UAV already in service with the Air Force. The Ch-3 drones are armed with the AR-1 surface to air missile.

This latest drone acquisition comes barely a few days after the Nigerian Army established it’s own UAV command, and is expecting delivery of it’s own drone fleets.