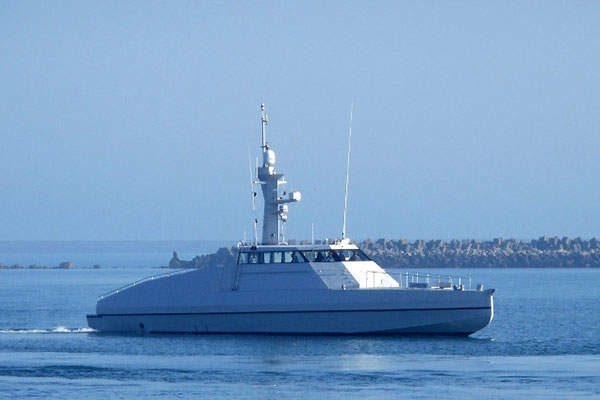 The HSI32 Interceptor boat was attacked with rocket propelled grenades when it was defending the MdP port. Insurgents began an offensive to seize Mocimboa da Praia town on 5 August, capturing most of the town before Mozambican Naval troops also known as Fuzileros arrived and defended the port until Tuesday, 11 August, before running out of ammunition.

According to local sources, a Gazelle gunship operated by the South African Dyke Advisory Group (DAG) showed up and provided some air support but due to severe range limitations since it was flying out of its base in Pemba, it had to return to rearm and refuel.

The assault on the port town also resulted in the damage of a Mozambican FFB fast attack craft.

The Mozambican Navy received the first two of three HSI32 Interceptors in 2016, out of a batch of six ordered. Made with aluminum, the boats have a range of 800 nautical miles and a crew of 12 sailors. It comes equipped with a stern ramp to launch and retrieve RHIBs.

Its mission includes sea policing and maritime security says CMN the manufacturer.it can also be used to provide defense against asymmetric threats, speedboats, and counter terrorist boarding.
Sensors options includes a surveillance radar, electro-optics, and a satellite link for imagery and data transfer.

While its weapons options include a remotely operated 20 mm cannon and two 12.7 mm machine guns.