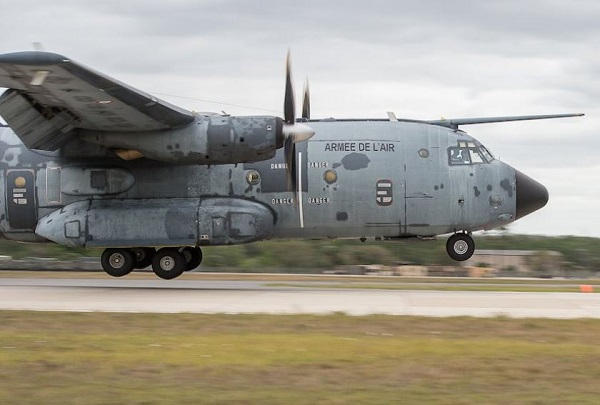 French Ministry of the Armed Forces, the Air Force still had 18 C-160 Transall transport planes on July 1, 2018. And two of them are deployed in Niamey, under Operation Barkhane.

Operation Barkhane, whose area of ​​activity is as large as Europe, the Transall fleet has achieved more than 1,700 flight hours, transported more than 1,700 tonnes of freight and 12,000 passengers” and about fifty “air drops” to resupply the temporary forward bases scattered in the vast desert.

The Transall will now be moved from its permanent presence in Niger to another unspecified location after serving more than 50 years in several French foreign operations.

The planned Air Base (BAP) which is designated as the sole Air Point of Disembarkation (APOD) of the entire western zone of Operation Barkhane, it is the nerve center which organizes and the units engaged in Mali say Colonel Malard, commander of the BAP of Niamey.

This suggests that, every Barkhane soldier arriving from France by strategic plane would first pass through the Niamey BAP before being redeployed by tactical transport plane to the Gao base.

At the withdrawal ceremony chaired by Colonel Malard, commander of the BAP of Niamey, the personnel of the BAP saluted the Transall, before it was withdrawn from the Air Force park.

Captain Romain, captain of the C130J, and pilot of the withdrawn Transall disclosed that “It is with emotion and pride that I take over as commander of GTO Niamey. I have already made attachments here with the Transall, but today, a new adventure begins.”

“The C130J arrived in France in December 2017 and we are at a new stage in its ramp-up, with this permanent detachment in Niamey. We can’t wait to show the capabilities of our aircraft in the Sahelo-Saharan Band (BSS).”

The C-130J will now undertake the role previously handled by the C160 Transall but with enhanced capabilities.

For the moment, the capacities that will be exploited are air transport (freight and passengers) for example between two aeronautical platforms such as Niamey and Gao, and airporting, that is to say with landing on rough terrain, on laterite, like Tessalit or Ménaka.

In addition, the air drop of paratroopers at low altitude, automatic opening, or high altitude for group infiltrations. And finally the cargo drop to supply the troops on the ground with food, ammunition or fuel, explains Commander Romain.

The C130J is also capable of refueling on the ground and refueling helicopters in flight, a capability already proven in France, which it will be able to take advantage of in BSS operations.

The GTO provides daily transport and airdrop missions from Niamey in order to serve all the BSS sites.