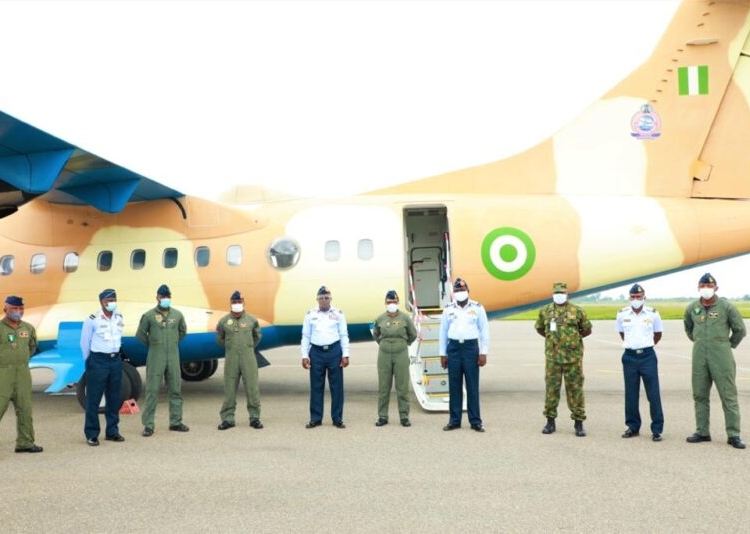 An ATR-42 500MP Intelligence, Surveillance and Reconnaissance aircraft of the Nigerian Air Force has arrived the country after undergoing deep maintenance and overhaul in Germany.

The ATR-42 aircraft (NAF 930) left for Germany in September last year, for the MRO operation in Rheinland Air Service (RAS) facility at Mönchengladbach, after it clocked 5,000 flight hours.

NAF 930 was received at the flight line of 307 Executive Airlift Group, Nnamdi Azikiwe International Airport, Abuja by the Chief of Policy and Plans, Air Vice Marshal Oladayo Amao, on behalf of the Chief of the Air Staff, Air Marshal Sadique Abubakar, who is currently in the Northeast to oversee the ongoing subsidiary Operation LONG REACH II.

The MRO was supposed to be completed within 6 months, but it was delayed by an additional 3 months due to the COVID-19 pandemic.

Although, Nigeria has developed it’s capacity to conduct Period Depot Maintenance for diverse aircraft particularly those in it’s inventory, however, It was considered expedient to conduct the ATR-42s major maintenance activity abroad to take advantage of the facilities and expertise of RAS as well as build the capacity of the NAF Engineers and Technicians that participated in the reactivation process in Germany.

Both aircraft are assigned to the 81 Air Maritime Group based at Benin, Edo state but are usually deployed with the 75 Strike Group (75 STG) in Yola as part of the Lafiya Dole Air Task Force (ATF).

Over the last 5 years, the NAF, in collaboration with its technical partners, has successfully reactivated some of its platforms in-country, including the conduct of Periodic Depot Maintenance (PDM) on 2 C-130H aircraft, the PDM/Avionics and upgrade of three Alpha Jets, an overhaul and and upgrade of six L-39ZA Albatross aircraft.