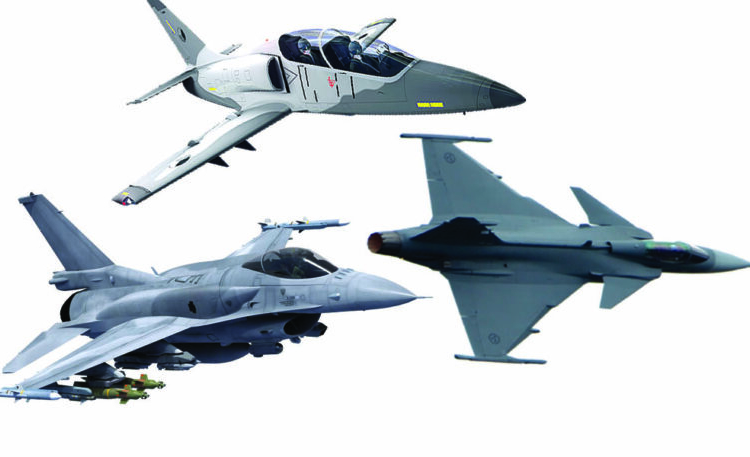 The F-5s have become the backbone of the Tunisian Air Force, as it is the country’s main air defense aircraft. It is flown by 15 Squadron from the Air Force’s Bizerte-Sidi Ahmed airbase. The Northrop F-5E/F Tiger II fleet was upgraded with new avionics and maintenance repairs under a $32 million contract awarded to Northrop Grumman Systems Corporation in Florida in September 2015.

Another retrofit was carried out on the planes’ avionics in 2017 and 2018 but even that seems not to have filled the gap in its air defence necessity.

With the recent increase in its military budget, which has increased almost fourfold since 2011 and should exceed $1bn for the first time in 2020, the country is expected to purchase at least four General Dynamics F-16 from the United States. The F-16 has been exported to several North African and Middle Eastern customers notably Egypt, Morocco, Israel and Turkey.

To enable it acquire some aerial hardware, Tunisia would like to benefit from the United States’ Foreign Military Financing programme, requesting for a $500m through a letter of request in 2019 which has not yet been released.

Another contender, is the Swedish SAAB JAS 39 Gripen, the Tunisian ambassador to Sweden, Moez el-Mehdi Mahmoudi, travelled to Saab’s headquarters in Linköping in February to discuss the terms for procurement. Considering Tunisia’s small defence budget, the Gripens cost much less to fly when compared with the F-16s.

On the other hand, the budget constrains should favor Aero Vodochody which is offering its next-generation L-39NG Albatross light attack and trainer aircraft. The L-39NG Albatross costs less than the Gripen and F-16 however, at a severe combat capability limitation. What’s more, the L-39NG has not been operated by any country and is still undergoing flight tests. Although Aero Vodochody has signed a deal with Senegal to supply at least four of the type to the Senegalese Air Force.

That aside, Tunisia is also in dire need of a trainer replacement, as its twelve Aero Vodochody L-59T Super Albatross advanced trainer and light attack aircraft is approaching the end of its service life.

Czech’s Aero Vodochody and United States Textron, is competing for the contract to replace them by the year 2024. Aero Vodochody is now offering its new L39NG to Tunisia, for the reason that the Ministry of Defense has showed interest in the aircraft since 2015. At the same time, Textron is offering its Scorpion attack and reconnaissance aircraft which it developed in collaboration with AirLand Enterprises.