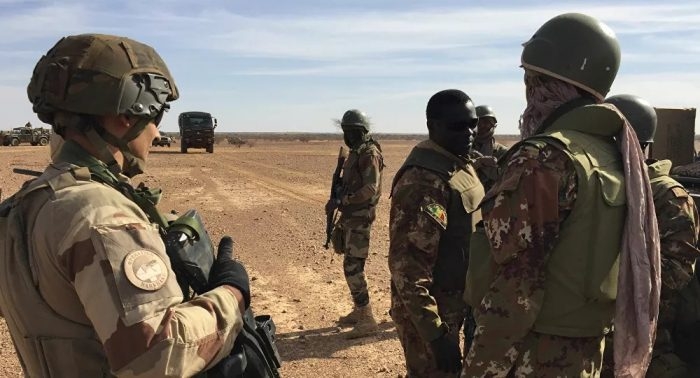 Just a few months into its deployment, Task Force Takuba, the new French-led multinational special forces task force in the Sahel reached its initial operating capability (IOC) on 15 July, says the French Ministry of Armed Forces, ahead of its planned full operational capability in early 2021.

The French ministry described Task Force Takuba as a “new example of strong co-operation between European countries,” stating that it will eventually become the fifth tactical desert group (GTD) of its Operation Barkhane regional counterterrorism mission. The GTDs currently include air combat and logistics groups.

French and Estonia forces have since arrived in early July to secure the force’s operating environment. Sixty vehicles to be used for Takuba has also been secured by these forces in French base in Gao. The French ministry also disclosed that Czech and Swedish soldiers are expected to join in the coming months and France plans to increase its contribution before the end of the year.

Apparently, Dutch SOF troops will not be deployed on the ground in support of the task force, ‘After careful consideration, there is not enough capacity of SOF available to send military units. ‘

Furthermore, essential airlift or MEDEVAC assets will also not be deployed to the task force because they are tied up in other deployments (in Iraq and Afghanistan) and will not be available until the second half of 2021 or early 2022.

Additionally, Italy will deploy up to 200 troops, 20 vehicles, and eight aircraft for the mission, after it was approved by the Italian parliament on 16 July. Italian soldiers will train, advise, and accompany local special forces, as well as provide enablers, especially helicopters and personnel for medical evacuation.

Denmark has provided two EH101 helicopters, while SOF components from Belgium, Estonia, Portugal, and France will make up the bulk of the task force on the ground. Germany has also suggested it will support ground forces with the deployment of H145M helicopters, although a final decision has not made.