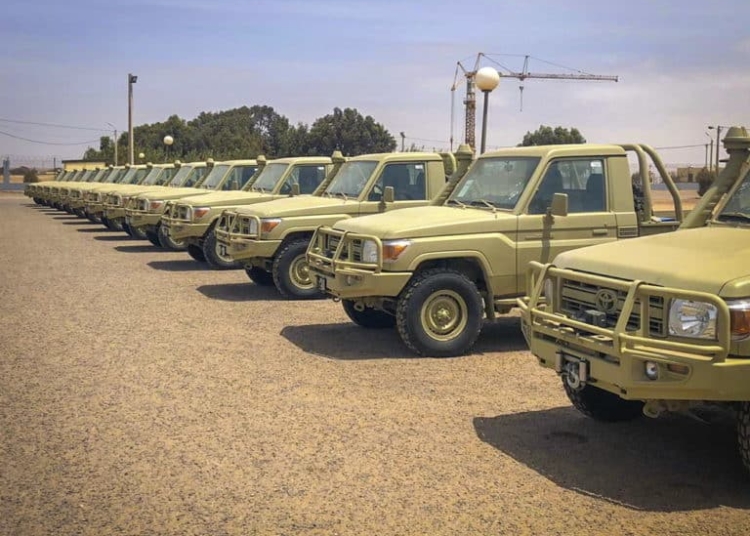 The United States on May 6, gifted 21 specialized vehicles to the Moroccan Forces Armées Royale Special Operations Company (MSOF) valued at over $1 million.

The U.S Military’s African Command (AFRICOM) said that the transfer culminates three years of close cooperation to train and equip the MSOF company through an $18 million grant.

The vehicles which are modified Toyota Land Cruiser and this vehicles, AFRICOM said, marks a critical step to enhance the company’s capacity to conduct special operations and internal company command and control by the end of this year.

The U.S. Embassy’s Office of Security Cooperation and the Utah National Guard have established an exceptional relationship with the MSOF since training first began in 2017, with numerous combined training events occurring each year in Tifnit as well as other locations.

“While this delivery marks the completion of this multi-year security cooperation project with Morocco, the military-military relationship between our two great countries is already strong and will continue to grow over the coming years,” said Gjone.

“We applaud the professionalism, discipline, and dedication of the Moroccan Royal Armed Forces under the leadership of His Majesty King Mohammed VI and Inspector General Abdelfatah Louarak,” said U.S. Ambassador to Morocco David T. Fischer, “and we are proud to partner with Morocco in the development of the Moroccan Special Operations Company.”