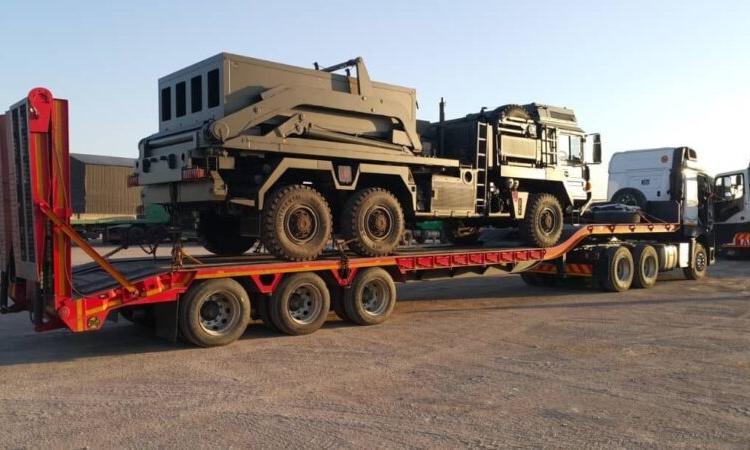 It appears that the Botswana Defence Force (BDF) has received a shipment of new plethora of military equipment, the hardware were shipped through Walvis Bay, and will be delivered via Namibia.

The equipment were reportedly ordered from France in 2016, however, there is no indication that these deliveries are recent, since till date, there is no publicly known information regarding the export.

Also, a Panhard VBL fitted with a missile launcher assembly most likely for the Mistral anti-aircraft system can be seen. Others includes; a Unimog-mounted Mistral command post, a VL MICA missile transporter-erector-launcher truck, and a VL MICA truck-mounted radar or command post vehicle.

According to an independent source, Botswana first ordered 50 MICA missiles for it’s sole VL MICA air defence system from France based MBDA in 2016 for approximately €304.2 million. The source also disclosed that Botswana ordered an additional 45 Piranhas, which have been arriving in small batches over the past few years in convoys just like this.

The MBDA VL MICA is a short range, ground based air defence system deploying the MICA fire-and-forget missile, capable of being fitted with either a heat-seeking homing head or with an active radar seeker head. Interception range is up to 20 km.