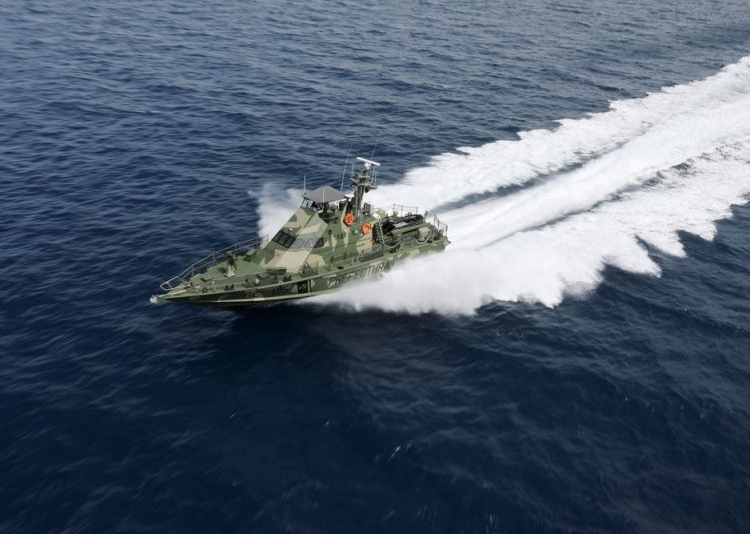 As a part of its fleet procurement plan, which the country outlined in December 2019, Senegal is set to receive a 25 Metres Shaldag Mk II patrol boat from Israel Shipyards after the vessel began sea trials.

This procurement and acquisition plan was showcased to the international public during the Africa Maritime Security Forum  (AMSF 2020) to be held between 20th – 22nd January, 2020 in Dakar, Senegal.

The Shaldag is an Israeli built fast attack boat, designed in late 1980 and in service with Israel and several other European, Asian and African customers. It is powered by two diesel engines driving two water jets, which give an acceleration time to 40 knots of 40 seconds. The Shaldag Mk II has a length of 24.8 metres, a displacement of 58 tons and a range of 650 nautical miles.

Its equipment loadout includes an X-band surveillance/navigation radar and electro-optical sensor system for day and night surveillance, and armanment usually comprises of heavy machine guns such as the 23/25 mm Typhoon and 12.7/7.62 mm Mini-Typhoon, all of which can be manually or automaticaally operated. In addition, a 20-23 mm naval gun can be mounted on the rear gun mount or four to eight short range missiles can be carried.

Since Senegal will begin oil exploitation by 2022, the country is anticipating a significant rise in illegal maritime activity once the drilling begins. In order to be prepared for these evolving threats, the Senegal Navy is currently following up on its ambitious fleet recapitalization plan.

The Senegalese Navy has also ordered two RPB 33 patrol boats from Raidco Marine, one of the French company’s executives revealed. Both patrol boats are currently being built at the UFAST Shipyard, a partner of Raidco that manufactured Senegal’s first RPB 33, which was delivered in 2013.

The contract for the new vessels was signed in 2018, but Senegal was not initially identified as the customer, the executive said. The first boat was delivered in late 2019 with the second handed over in 2020.

Also, in February 2018, AFRICOM gifted two Defiant Class patrol boats to the Senegalese Navy. The boats were handed over during a ceremony in Dakar on February 8, 2018 making it the sixth of the same class donated. Another boat is expected to arrive on October of the same year.