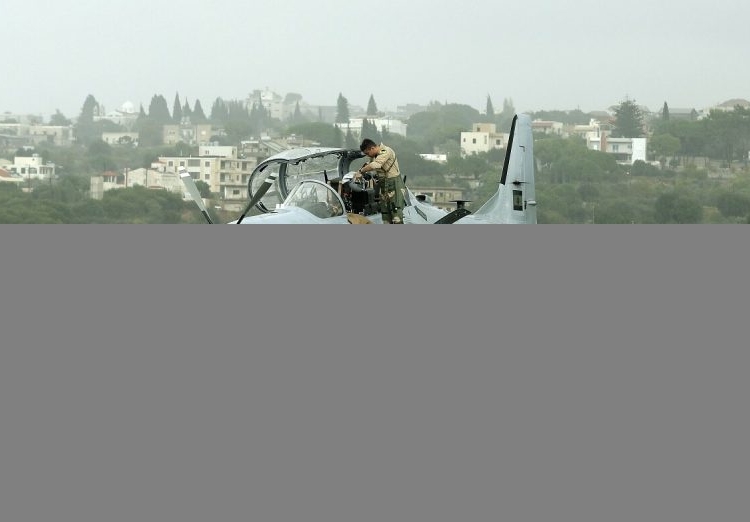 The Super Tucano aircrafts are currently being manufactured and outfitted at SNC’s facility in Jacksonville, Florida ahead of delivery to Nigeria in 2021.

The production of all 12 Super Tucano aircraft are underway, according to SNC and Embraer.

“The NAF A-29 aircraft will now begin mission modification and final testing in Centennial, Colorado. Following final testing, before delivery, NAF pilots will train in the aircraft,” Embraer disclosed.

“This is an exciting milestone in the production of these A-29s for the Nigerian Air Force. The Jacksonville production line is active, and Embraer and SNC look forward to seeing these aircraft continue to roll off the line in the coming months,” said Jackson Schneider, president & CEO, Embraer Defence & Security.

“The aircraft met or exceeded all the requirements and we are very pleased with the successful flight,” stated Ed Topps, vice president of Tactical Aircraft Systems and programs for SNC’s IAS business area. “SNC and our partner, Embraer, are certain the Nigerian Air Force will be pleased with these aircraft.”

The US Department of Defense (DoD) awarded prime contractor SNC USD329.08 million for the 12 aircraft, with a further USD15.65 million potentially earmarked for forward-looking infrared (FLIR) sensors on six aircraft. As noted by the DoD, these FLIR systems are expected to be funded shortly.

The A-29 Super Tucano turboprop aircraft is developed by Brazilian firm Embraer, and its U.S. partner Sierra Nevada Corp. It is a light ground attack aircraft capable of carrying advanced ordnance for tracking, attacking, surveillance and reconnaissance missions.

The Super Tucano is powered by a single 1,600 SHP Pratt & Whitney PT6A-68/3 turboprop engine, and it is armed with two 12.7 mm machine guns (200 rounds each) in the wings and can be configured with additional underwing weaponry such as 20 mm cannon pods, additional 12.7 mm machine guns, rockets pods, precision-guided munitions, and/or ‘dumb’ bombs of up to 1,500 kg.

It has a seven-hour endurance and can operate from semi-prepared airfields. The aircraft’s austere capabilities enable it to be operated closer to the ‘frontline’ than some of its more advanced jet-contemporaries. It is also cheaper to operate and easier to maintain.

Last week, the USAF announced that Moody Air Force Base in Georgia will host a stateside mission to train Nigerian Air Force pilots and maintenance personnel on the Super Tucano. The temporary programme will fall under the 81st Fighter Squadron, an existing A-29 Light Air Support training squadron that currently trains Afghan Air Force personnel. This programm will ensure the Nigerian Air Force receives the support and training it needs to safely and effectively employ the A-29 aircraft.

Approximately 100 additional personnel to Moody, including Nigerian military, civilians and contractors required to support training on 12 aircraft will be deployed. The training programme will cover an initial cadre of Nigerian personnel, to include both maintenance personnel and pilots, who will become instructors.

The Super Tucano is expected to replace the venerable Dassault Alpha Jets used by the Nigerian Air Force. The Alpha Jets has carried out the bulk of the ground attack raids against the Boko Haram Terrorists (BHT) and Islamic State (IS).

The current Nigerian Air Force F-7N and Alpha jets ground attack platform is not efficient in dealing with the highly mobile warfare which the insurgents excel at, coupled with the lack of sophisticated electronics and weaponry found on modern attack aircraft.

Other than fighting terrorists, it would also be used to patrol the border and coastlines to combat smuggling and maritime crimes.The Nigerian Air Force has recently just taken delivery of more than a dozen Super Mushshak trainer and is currently expecting delivery of three JF-17 Thunder fighter jets both from Pakistan.