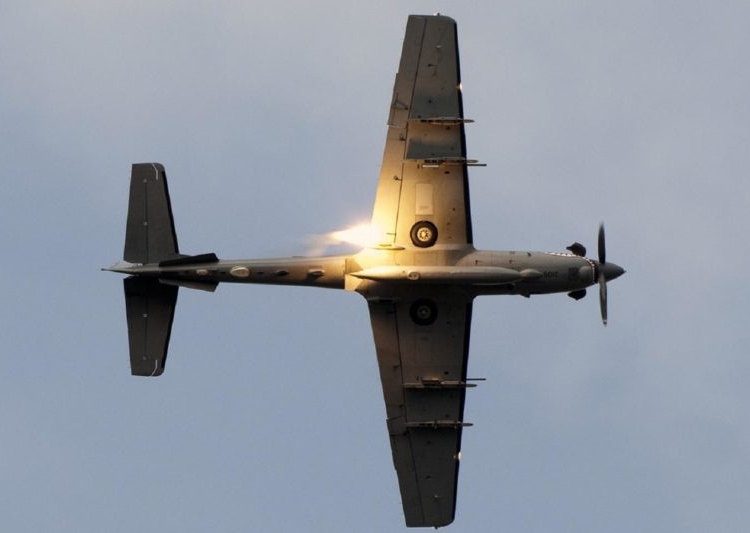 Nigeria has signed for twelve Sierra Nevada Corporation (SNC)-Embraer A-29 Super Tucano light-attack turboprops, with a contract awarded on 28 November.

The US Department of Defense (DoD) has awarded prime contractor SNC USD329.08 million for the 12 aircraft, with a further USD15.65 million potentially earmarked for forward-looking infrared (FLIR) sensors on six aircraft. As noted by the DoD, these FLIR systems are expected to be funded shortly.

The Embraer A-29 Super Tucano light-attack turboprops deal has been stalled for many years following concerns of human rights abuses by the Nigerian military. However, the United States Department of Defence had assured the Nigerian Air Force of its readiness to channel all efforts towards on-schedule delivery of the Super Tucanos. This assurance was given on 3 December by the Director of the United States Air Force Security Assistance and Cooperation (AFSAC) Directorate, Brigadier General Sean Farrell, during a high-level meeting between representatives of the US DOD and the NAF, held at the Headquarters NAF in Abuja.

The Department of Defence said that work will be performed in Jacksonville, Florida, and is expected to be completed in May 2024. The Nigerian Air Force in December 2017 received letters of offer and acceptance for the Super Tucano deal.

In August last year the Nigerian deal was valued at $593 million and included Paveway II guided bombs, laser-guided rockets, 12.7 mm ammunition, unguided bombs and infrared sensors. Some of this may be acquired under separate contracts.

Nigerian Chief of Air Staff Air Marshal Sadique Abubakar applauded the US Government for the support it has rendered to the NAF over the years, which, he noted, had been instrumental in ensuring success in the COIN operations in the Northeast, despite recent setbacks. He said it had also enabled the NAF to project air power within the West African Sub-Region, such as the deployment of NAF aircraft to the Gambia in 2017 which facilitated the peaceful transition of power in that country thereby ensuring the sustenance of democracy.

He reiterated that the Boko Haram menace was not a local problem but a global one, because the consequences of not adequately dealing with the threat would not only impact on Nigeria and the West African Sub-Region but also on other parts of Africa and the rest of the world. This, he noted, underscored the need for international collaboration and cooperation to adequately and decisively deal with the threat.

Abubakar noted that the defeat of ISIS in Syria and Iraq has had the unfortunate effect of exacerbating the problem in Nigeria with transfer of fighters and equipment into and around the West African region. He stressed that the induction of the Super Tucano would greatly enhance the NAF’s capability to more effectively prosecute the war against insurgency in the Northeast. He therefore urged the AFSAC team to do all within its power to ensure that at least 2 of the aircraft are delivered to Nigeria even before the new delivery date of 2021.

The Super Tucano is expected to replace the venerable Dassault Alpha Jets used by the Nigerian Air Force. The Alpha Jets has carried out the bulk of the ground attack raids against the Boko Haram Terrorists (BHT).