“Friend of my enemy,” Jordan sells UAV to LNA 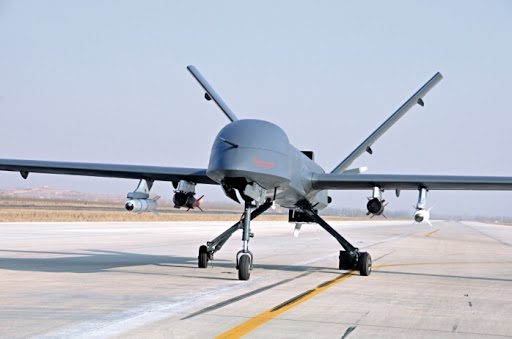 One natural characteristic of constant warfare is that overtime, belligerents will find out who their true friend or enemy is. Apparently, this is the case in Libya where the Government of National Accord accuses Jordan of selling Chinese-made unmanned aerial vehicles (UAVs) to Khalifa Haftar’s Libyan National Army.

Mohamed Siala, foreign minister in the government of Prime Minister Fayez al-Sarraj, on behalf of the Government of National Accord (GNA) said in a letter to the United Nations Security Council that foreign nations are supplying weapons to the rival Libyan National Army (LNA) in violation of the arms embargo.

“One of the aircraft being used in the war against Tripoli and the cities of western Libya is the Chinese Wing Loong drone, which Haftar recently brought in from Jordan”

The Royal Jordanian Air Force which announced In June 2019 that it was selling six CH-4B UAVs along with AR-1 laser-guided missiles and FT-9 guided bombs it purchased from the China Aerospace Science and Technology Corporation (CASC) in 2016.

The drones were sold to Jordan for its territorial defense against terrorism, but they have now been delivered to the Libyan National Army a clear violation of Security Council resolutions.”

Siala claimed that the drones were delivered to Benghazi aboard an Il-76TD cargo aircraft that arrived from Jordan on 28 March.

Over the years, various countries have consistently violated the arms embargo on Libya, in response to these violations, the European Union on 31 March announced the launch of Operation Irini. Irini, (Greek for peace) to enforce the UN arms embargo through the use of aerial, satellite and maritime assets.

Operation Irini will carry out inspection of naval vessels which are suspected to be carry arms into Libya.

In January, the United Nations announced that numerous cargo and flights have been observed landing at Libyan airports ferrying advanced weapons, armoured vehicles, advisers and fighters.

The United Nations has repeatedly accused Jordan and the United Arab Emirates of supplying military material to Haftar’s forces, which they said then prompted Libya’s Government of National Accord to ask Turkey for help.

The Libyan National Army (LNA) launched an offensive to control Tripoli in early April. As the fighting drags on, 75,000 people have fled their homes and 126 civilians have been killed, according to the latest U.N. figures. The GNA is currently fighting to prevent the Khalifa Haftar’s Libyan National Army (LNA) from taking the Libya capital, Tripoli.

With the arms provided by the United Arab Emirates (UAE) and Egypt, arms which include aircraft, helicopters as well as a various armoured vehicle. At the moment, Turkey and Qatar are at loggerheads with the UAE, Egypt and Saudi Arabia over several regional issues including support for the Muslim Brotherhood.